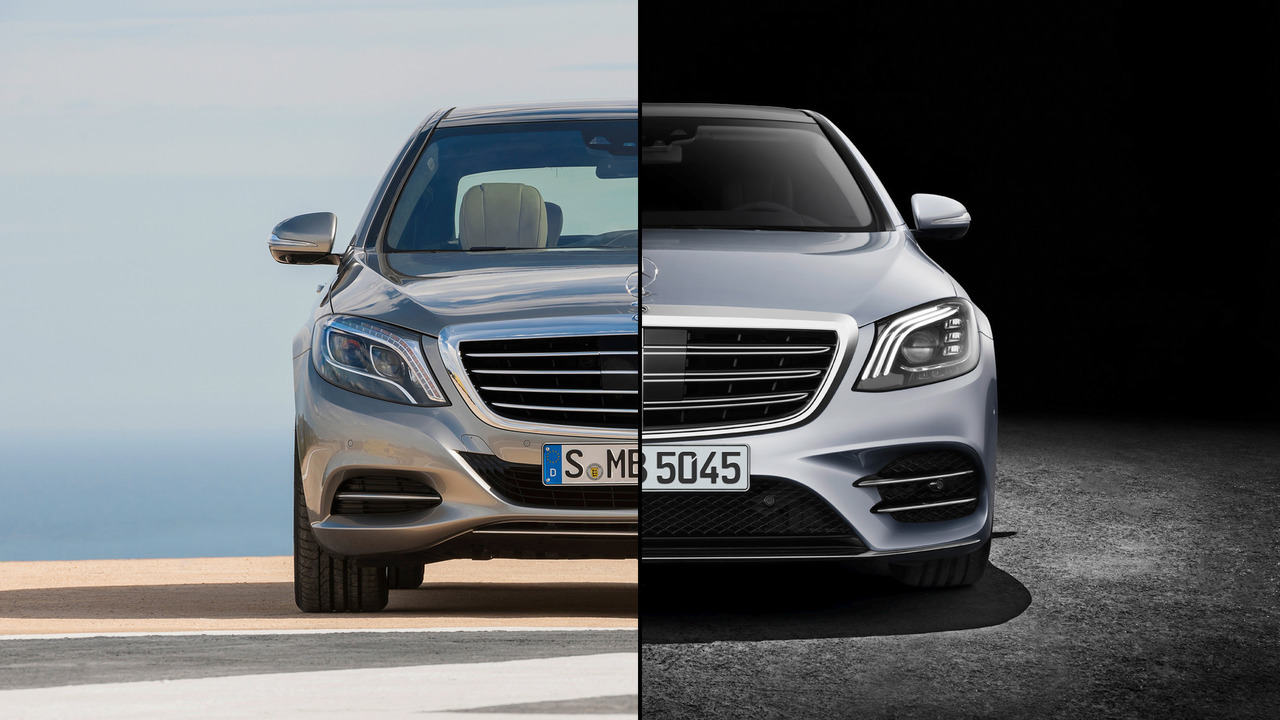 We weren’t expecting a revolution, but this update redefines subtle.

Listen, a mid-cycle facelift is not meant to transform the look of a car, but rather to subtly update it. It shouldn’t be a surprise, then, that at first glance the 2018 Mercedes-Benz S-Class is practically indistinguishable from its predecessor.

There are, of course, many new technologies and engines on offer in the latest version of the Mercedes luxury sedan. Visual changes are tougher to discern. Can you tell which is which at a glance?

For a better look at what has changed, allow us to run you through the various S-Class models with our fantastic photo-comparison tool.

In profile, the 2018 S-Class barely diverges from the look of its predecessor. Note the same flowing, graceful body lines, broken up by new wheel options. The essential shape of the car is preserved, though, as we would expect from a relatively minor refresh.

From the front-three-quarter angle, more changes are evident. The 2018 S-Class gets new front and rear bumpers, plus new grille designs, all of which help the redesigned model stand out from its predecessor.

It’s from the driver’s seat that bigger updates are evident. For starters, note the new controls adorning the steering wheel. They’re intended to let the driver have much greater control over all the various controls on the dual 12.3-inch colour displays ahead of him or her. The Touch Control buttons can manipulate essentially any function, complementing the rotary controller and touchpad on the centre console.

Ah, the ultra-luxury Maybach. As on the standard S-Class, the nose has been upgraded with “extensive” chrome trim pieces and a new Maybach logo in the grille. But for the most part, the look of the long-wheelbase chauffeur machine again remains the same.  There is a new engine, though: the Mercedes-Maybach S560 packs a 4.0-litre biturbo V8 with 463 horsepower. Today’s Maybach is offered in S550 (4.7-litre biturbo V8 with 449 hp) and S600 (6.0-litre biturbo V12 with 523 hp) trims.

As ever, the S63 version of the new S-Class (plus the V12-powered S65) are the most menacing iterations. This comparison shows that, if anything, the new 2018 model is significantly more aggressive than its predecessor.

The biggest change is under the bonnet. The new S63 now uses AMG’s 4.0-litre biturbo V8 and a nine-speed automatic transmission. That’s good for 603 hp, up from the 577 hp offered by the outgoing S63’s 5.5-litre biturbo V8. Less displacement but more power? Now that’s progress.

So, can you spot the difference between the old and new S-Class? Did the facelift go far enough, or did it ruin an elegant luxury sedan? Give us your take on the 2018 Mercedes-Benz S-Class facelift in the comments section below. And for even more on what has changed, check out our full story and photo gallery.