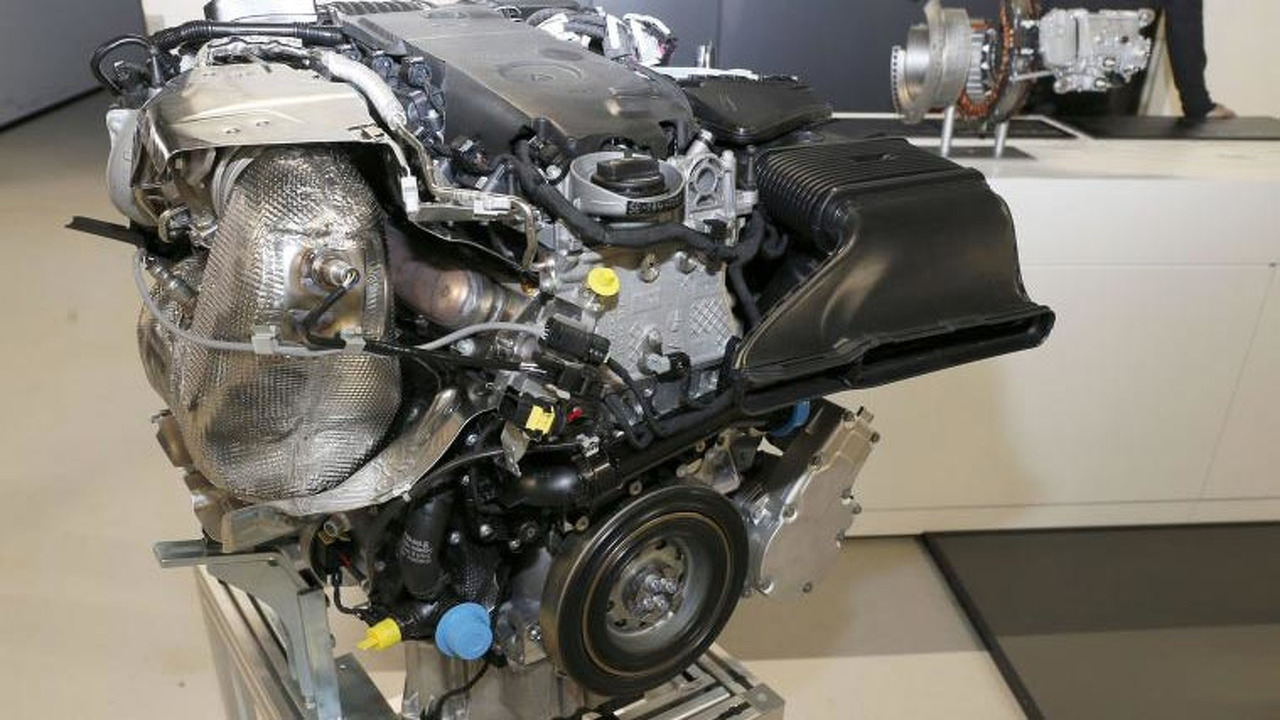 The standard version will arrive in the S-Class first, followed by the next-gen SL.

Mercedes-AMG boss Tobias Moers confirms that the high-performance division has development underway for a hotter tune of the German brand’s upcoming 3.0-litre inline six. According to Drive, the new engine will show up in AMG-branded versions of the E-Class Coupe and the production version of the GT four-door concept. The existing AMG GT will stick with V8 power rather than switching to the straight six.

Photos from MB Passion (see gallery) show off the new engine, which Mercedes calls the M 256. In the upcoming AMG E50 4Matic, the motor will reportedly produce 429 horsepower and 391 pound-feet of torque. In addition, the Integrated Starter Generator will offer a temporary hybrid boost of 20 hp and a whopping 162 lb-ft.

The M 256 features two forms of forced induction. An electric compressor, or e-turbo, provides immediate boost. The lack of lag from the system allows Mercedes also to fit a larger conventional turbo, too.

Clever packaging and cutting-edge tech let Mercedes fit the six-cylinder in nearly the space as a conventional four-cylinder. Auxiliary components like the water pump are electrically powered, which means a belt isn’t necessary.

Before we get to experience AMG’s skill at tuning the new 3.0-litre inline six, the standard version of the M 256 will go into the S-Class later in 2017. According to Mercedes, the engine will make over 408 hp and over 369 lb-ft of torque. There will also be a diesel straight-six with 313 hp.

The M 256 will allegedly proliferate throughout the Mercedes lineup in the future. The next-generation of the SL-Class will reportedly use a pair of tunes for the model’s lower trims, for starters.