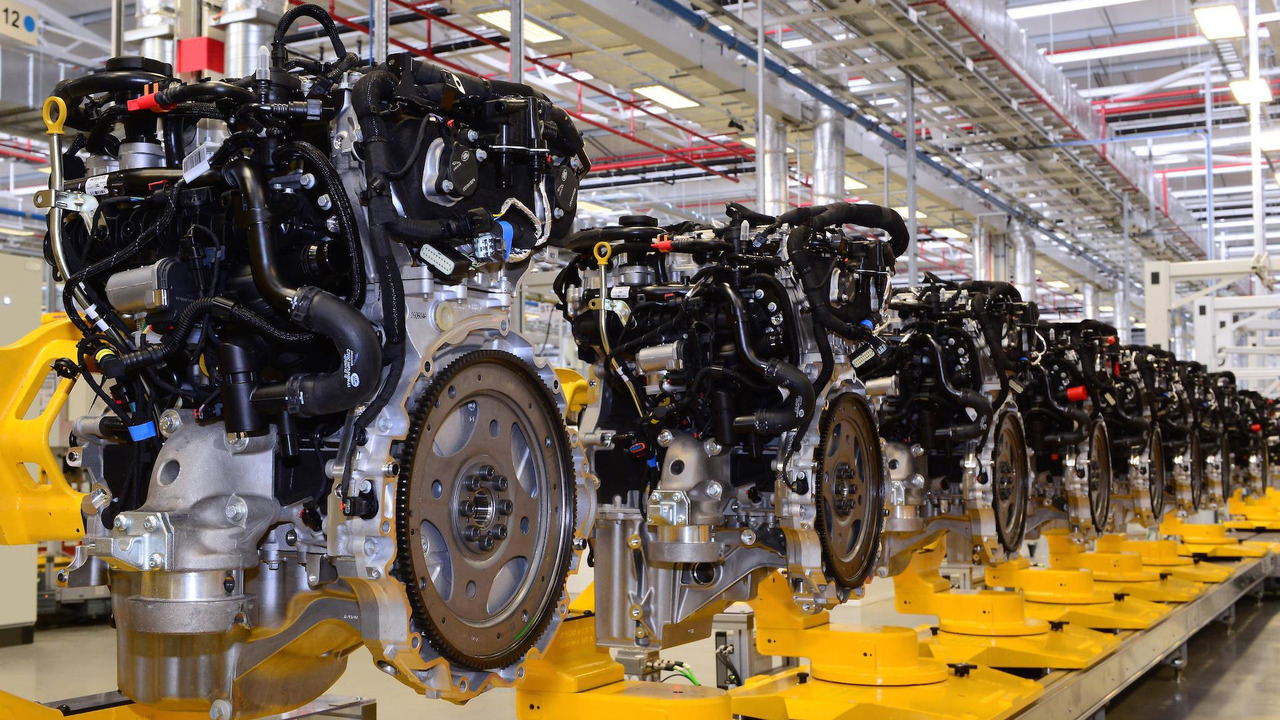 300-hp F-Type four-cylinder will be among the new motors off the line.

JLR is investing heavily into its petrol-powered future. So much so, in fact, that the British marque has spent more than £1 billion into its new UK Engine Manufacturing Centre (EMC) in Wolverhampton producing the first Ingenium petrol engines.

The company today is celebrating the production of its first Ingenium engine, a 2.0-litre four-cylinder unit that will make its debut in Jaguar and Land Rover vehicles beginning in the summer. The new engine is just the first phase of many engines slated for production at the EMC.

The Wolverhampton site will also be home to Jaguar’s new high-performance 2.0-litre engine, which will be good for 300 horsepower. The two new engines will join the current 2.0-litre turbodiesel range, which currently produces 150 hp, 180 hp, and 240 hp depending on the application.

"The start of petrol production marks an important milestone for the plant as we move to providing a suite of ultra-low emission, said Trevor Leeks, EMC Operations Director. "High-performance petrol and diesel engines to power the full Jaguar and Land Rover vehicle line-up now and in the future."

More than 1,400 people were hired to work at the new facility, 80 percent of those new employees live within 10 miles of the Wolverhampton plant. Jaguar spent more than 125,000 hours of training and development of the newfound workforce.

Already we've seen the marque's adoption of the four-cylinder in new applications, most recently the Jaguar F-Type, which made its debut at the New York Auto Show. That uses a 2.0-litre turbocharged unit to produce 300 hp . The upcoming E-Pace SUV will also use the new Ingenium turbocharged four-cylinder when it debuts sometime next year.