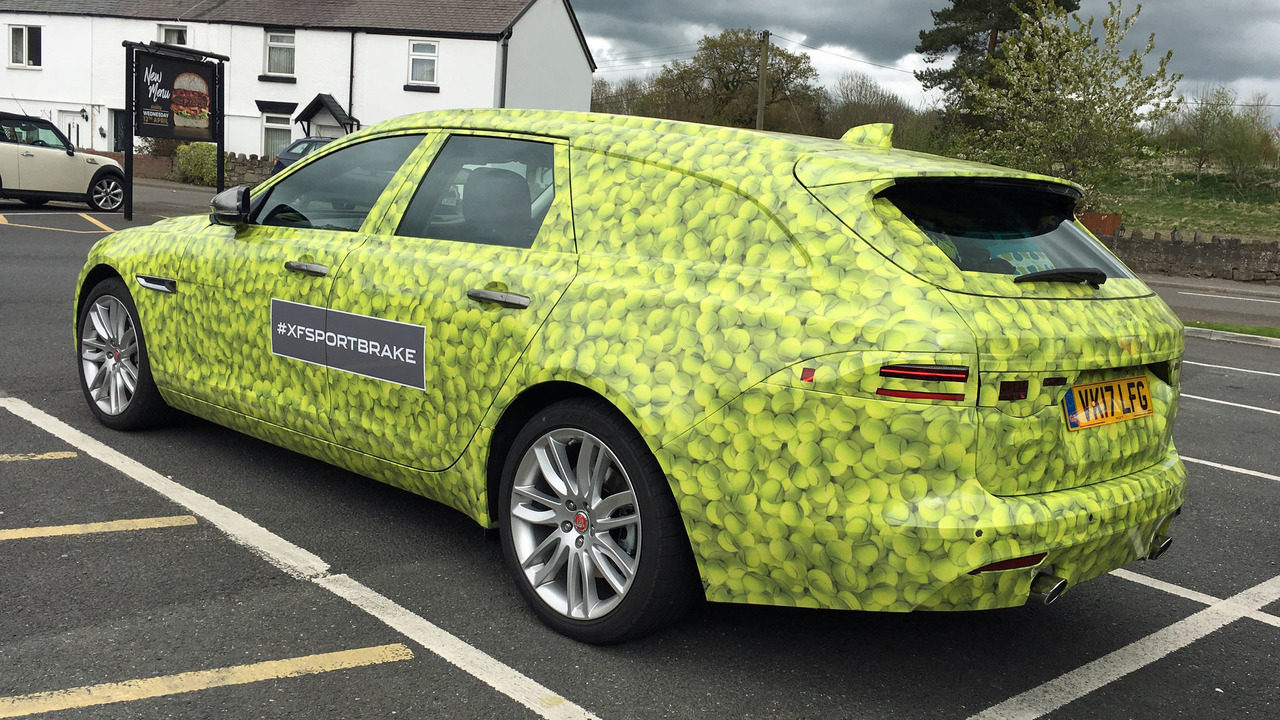 Jaguar is set to launch an estate version of its XF later this year – and a prototype model has been spotted during testing in North Wales over the Bank Holiday weekend.

We say ‘during testing’: it was actually snapped in a pub car park by one of the Motor1 team. The car was covered in eye-catching ‘disguise’ along with a ‘#XFSportbrake’ sticker along the side.

The estate version of the latest XF has been subject to will they/won’t they rumours after designer Ian Callum reportedly told a journalist it wasn’t going to happen, and that the firm was focusing its efforts on – more popular –  SUVs. Callum then claimed to have been misquoted, tweeting: “I said there would be no XE Sportbrake. Nothing more!”

When sales start later in 2017, the Jaguar XF Sportbrake’s engine line-up is expected to mirror that of the saloon. That means there’ll be a 2.0-litre Ingenium diesel engine in 163hp and 180hp guises, as well as a more potent 3.0-litre V6 packing 300hp. Topping the range, there’ll be a hot 380hp V6 petrol.

Jaguar is unlikely to have fiddled too much with the running gear of the Sportbrake, although the suspension may have been tweaked to cope with the extra weight. Cosmetically, it’s likely to follow the saloon’s route of not looking massively different to its predecessor. It’s hard to tell through the disguise, but it does look to us like the rear lights might have a slimmer profile similar than the F-Type and F-Pace models.

While boot space is obviously expected to be greater than the saloon, Callum is said to have prioritised appearance over outright luggage capacity. Still, expect it to boast more than 600 litres with the rear seats up, increasing to as much as 1,700 litres with them dropped.

The XF Sportbrake was rumoured to make its debut at this year’s Geneva Motor Show, but it failed to materialise. When it goes on sale later this year, expect a small price premium over the saloon, which currently starts at £32,490.