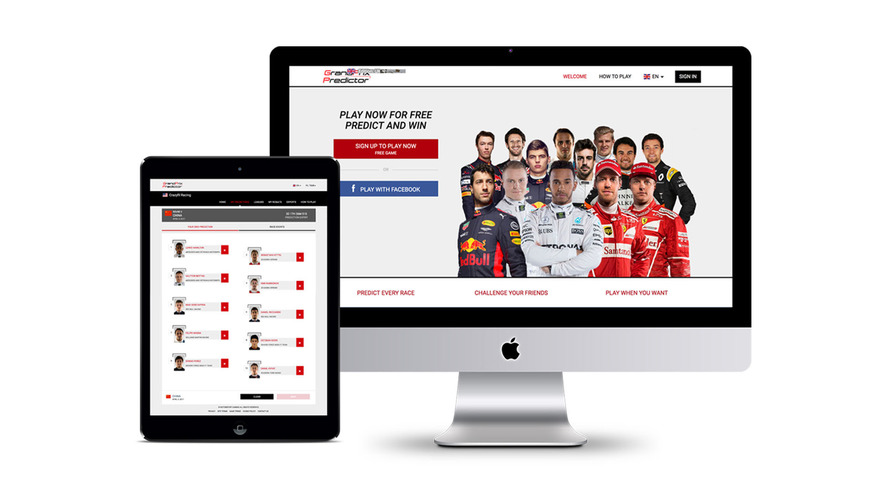 You too can compete in F1.

Grand Prix Predictor is a browser-based fantasy league platform based on the FIA Formula 1 2017 World Championship™ – giving the player the chance to compete in a global league or against friends in private leagues – predicting the outcome of race weekends throughout the F1 calendar. Participants are eligible for a series of prizes announced prior to each Grand Prix.

The game is free to play and offers players the opportunity to predict the top ten, the drivers’ finishing order, the polesitter, fastest lap holder and which driver will gain the most positions from his grid slot. Players accumulate points based on their prediction accuracy and can challenge friends and F1 enthusiasts across the globe in private and public leagues.

Tim Bulley, Managing Director of Autosport Media said, “The Autosport Grand Prix Predictor was first created in 2011 and over its lifetime has attracted over 133,000 subscribers. It remains one of the biggest sports fantasy games of its kind and it now has a natural home within Motorsport Network as Motorsport Gaming product.”

The game has been developed on a proprietary modular platform that allows for a quick customization and deployment of predictor games that can cover other racing series. It is available across a variety of different smart devices, as well as Facebook.

Matteo Palumbo, CEO of Motorsport Gaming, commented, “Grand Prix Predictor represents an important first step for the creation of an ever growing ecosystem of prediction games developed by Motorsport Gaming as part of the Motorsport.com platform.”

Registrations to the game are now open at https://gppredictor.com. Players can sign up and submit their predictions anytime up until 10 minutes before the start of the Bahrain Grand Prix qualifying session on April 15th.