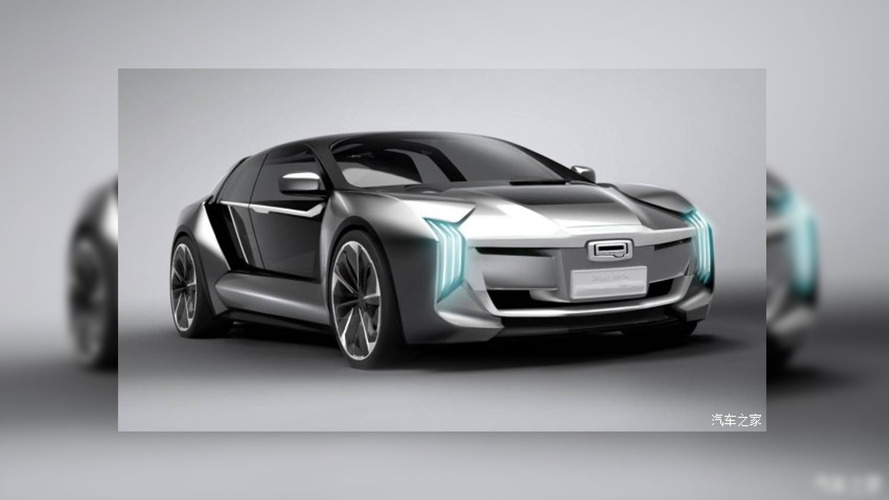 Appears to have an asymmetrical door configuration.

Ahead of its full debut scheduled for next week at Auto Shanghai, the new electric supercar developed by Qoros and Koenigsegg is making an early online debut courtesy of a few leaked official images published by a Chinese site. While confirmed details about the car have not been released, the adjacent pics do allow us to see the futuristic take on the fastback design with a rather unusual door arrangement.

On the driver’s side, there seems to be a massive front gullwing door and what local media indicates as being a sliding rear passenger door, although from these pictures it’s hard to see a rail on which the door would slide. It is believed the front door on the right side is dual hinged, but once again, the poor quality of the images makes it difficult to detect. The one in the back also supposedly slides back and forth as is the case with the rear door on the other side.

Extensive use of carbon fibre will keep the weight down low to boost performance and efficiency. Technical specifications are not available at this point, but we do know the showcar dubbed 'Model K-EV' will employ an electrified powertrain. Local media reports focus was also on creating a sleek body to reduce wind resistance and increase the car’s aerodynamic efficiency.

Badged as a Qoros, the showcar is said to complete the 0-62 mph sprint in just three seconds and provide a maximum electric range of about 310 miles.

The concept car will receive its world premiere on April 19th at Auto Shanghai, right at home considering the Chinese-Israeli automaker has its headquarters in the same city. It follows a recent tie-up between Qoros and Koenigsegg, with the former receiving the latter’s camless engine design via Koenigsegg’s sister company FreeValve AB.

Besides this one, there are going to be a couple of other new EV concepts in Shanghai, such as Audi’s new E-Tron and VW’s third I.D. concept.