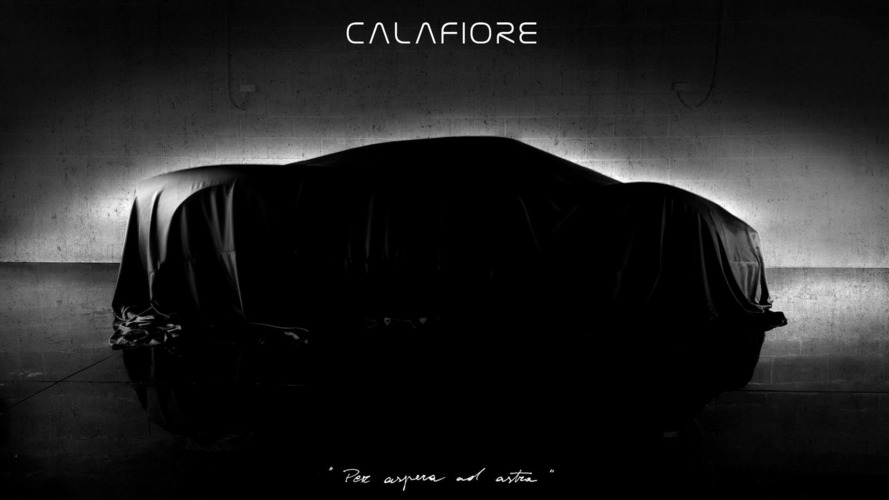 Will feature a biturbo V10 engine and a carbon fibre chassis.

Italy. The wonderful country that gave us hypercar manufacturers such as Ferrari, Maserati, Lamborghini, and Pagani. A new player that goes by the name of 'Calafiore Cars' wants to join the elite league with this — the C10. Ahead of the model’s full reveal scheduled for next week, the newcomer in the hypercar game has released a series of teasers providing a first look at the Vicenza-born machine styled by Sicilian designer Luigi Calafiore.

Work on the C10 commenced about seven years ago and now time has come for the car to make its debut in production guise. Featuring a carbon fibre chassis, the high-performance model boasts titanium and gold in its construction and appears to have a removable top judging by one of the attached teaser images. The Zonda and Huayra spring to mind when looking at the side mirrors sitting tall on the front wings, while the sheer size of the front brake discs and calipers suggest the car packs some serious horsepower.

Indeed, its heart and soul is a mighty biturbo V10 engine engineered at home in Italy and capable of developing no less than 1,000 hp. Given the extensive use of carbon fibre and other lightweight materials combined with such a strong engine, the C10 should be an absolute rocket. Sadly, there aren’t any performance details available at the moment of writing.

The low-slung hypercar appears to feature a beefy front splitter and what looks like a sizeable rear diffuser, while on the inside the two seats are going to be wrapped in two-tone leather upholstery adorned by the company’s official logo.

Calafiore Cars will take the wraps off the C10 on April 20th at Top Marques Monaco 2017 where David Brown’s Mini Remastered will also be revealed to the public for the first time.