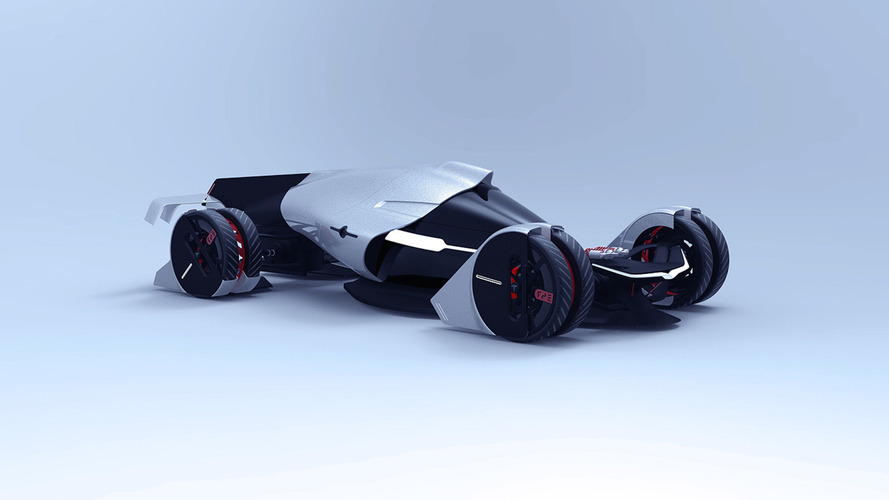 Using airfoils in the wheels and another at the rear of the vehicle let the concept harvest the airflow for charging the batteries.

Tesla will win the 24 Hours of Le Mans in 2030, according to designer Omar Alfarra Zendah. He, along with four other students at IED Barcelona, came up with the T1 – a completely different take on the concept for an electric race car.

The students imagine that the T1 would have a pair of tyres at each corner of the vehicle, and an airfoil would be between these sets. When speeding down the track, the air moving over the car would turn these devices and generate electricity. In addition, a high-tech airfoil called a Gorlov Helical Turbine sits behind the driver and harvests even more energy. This design can generate power while rotating in either direction and generates less noise and vibration than competing designs.

The T1 Concept would use an electric motor with 335 horsepower at each corner, and the complete system would produce 1,770 pound-feet of torque. A 70 kilowatt-hour battery would store the energy. The students estimate the racer could reach 255 miles per hour.

In addition to the high-tech power generation system, the T1 Concept would be able to speed through the corners by actively steering the wheels at the front and rear axle.

Omar Alfarra Zendah and the four other students came up with the original design for the T1 Concept last year. For his personal portfolio as his final year at the design school, Zendah created new renders and sketches of the car (pictured here).

While not running at Le Mans, the Tesla Model S will be hitting the track soon in the inaugural 10-race season of the Electric GT Championship. The vehicles have 778 hp and 734 lb-ft of torque, and they can reach 60 mph in 2.1 seconds.