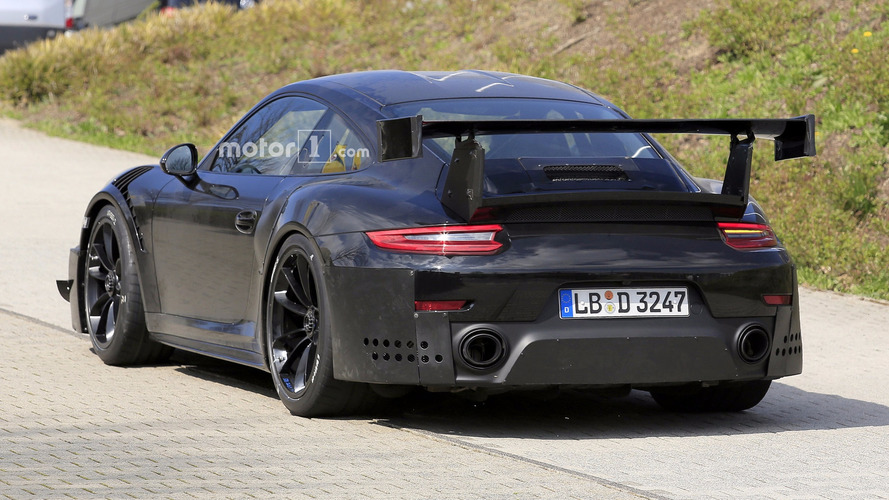 Saving the best for last.

You’re probably looking at close to 700 worth of Porsche horsepower considering that’s what the rumor mill is suggesting the 991-gen flagship will have. The GT2 is shaping up to be a wonderful mélange of the GT3 RS and the Turbo S since it will borrow hardware from the former combined with an upgraded version of the latter’s engine.

Destined to be sold exclusively with a PDK, the cream of the crop will be one of the most extreme road-going 911s of them all, right up there in the same league with the rare 911 GT1 Straßenversion from the late 1990s. Autocar has it on good authority the heavily reworked body will generate more downforce than any other 911 model on sale today, thanks partially to that massive rear wing and vented fenders in the same vein as those of the GT3 RS.

The fat exhaust tips at the back scream performance and come to reinforce the car’s uprated turbocharged flat-six engine. While the 911 Turbo S fitted with the optional Sport Chrono package needs 2.9 seconds until 62 mph (100 kph), the GT2 will allegedly complete the task in approximately two and a half seconds. That means it’s going to be roughly just as quick in the sprint as the mighty Bugatti Chiron hypercar, which we had the pleasure of reviewing recently. Since Porsche’s focus will be on improving acceleration and making it quicker around a corner, top speed is not expect to increase substantially over the Turbo S’ 205 mph (330 kph).

Equipped with rear-wheel steering and rear-wheel drive, the 911 GT2 will be introduced later in the year, quite possibly at the Frankfurt Motor Show in September. Expect a hefty price tag to match its status and what will likely be very limited availability.

Talk about going out with a bang…