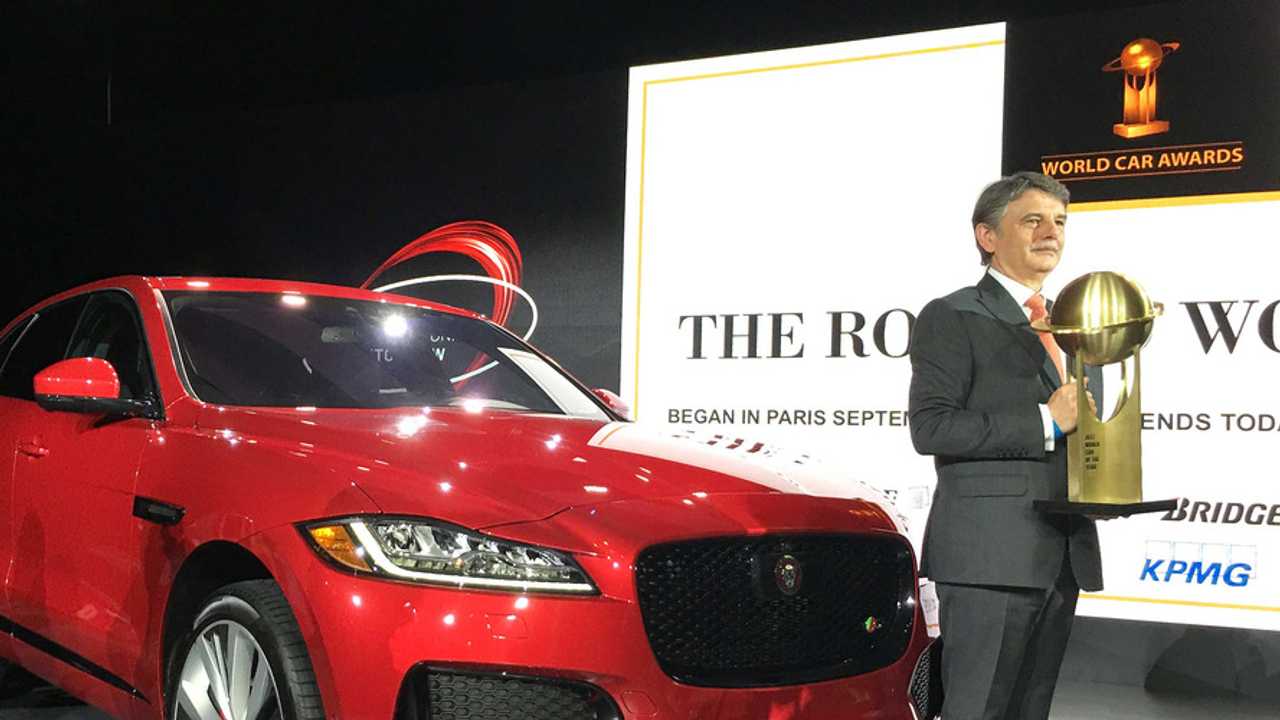 The Jaguar F-Pace has been awarded the 2017 World Car of the Year Award in a glitzy ceremony during the opening of the 2017 New York Auto Show. Not only that, it also won the World Car Design of the Year Award, giving Jaguar CEO Dr Ralf Speth two trophies from the world’s biggest automotive awards to take back home to Coventry.

It was an outstanding victory for Jaguar, which took a leap into the unknown with the F-Pace SUV. Its first crossover 4x4, the F-Pace also sat in the World Car Awards’ first all-SUV top prize shortlist – facing the formidable duo of Audi’s Q5 and Volkswagen’s Tiguan. In the end, the F-Pace won through, and you sense even Dr Speth was taken aback at the achievement.  He even hinted during his acceptance speech that this could inspire him to let Jaguar take more bold steps into areas it’s not previously competed in…

As the Jaguar executive celebrated, so too did other brands who won category awards. Porsche triumphed in the World Performance Car category, with the 718 Boxster and Cayman justifying the engineers’ decision to ditch the flat-six engines and produce flat-four turbo motors instead. They have turned the 718 range into two brilliant drivers’ cars – that the World Car Awards judges feel have the measure of the mighty Audi R8 Spyder and McLaren 570S.

Read more about the 2017 World Car of the Year:

Over in the luxury car category, the new Mercedes-Benz E-Class beat the new BMW 5 Series, with the Volvo S90 and V90 looking proud simply through being made a finalist and getting to eyeball the German premium competition. And in the Green Car Award category, the Toyota Prius Prime surprisingly beat the Chevrolet Bolt and Tesla Model X.

A new award for 2017 was the World Urban Car prize, which WCOTY exec Mike Rutherford said had been created to encourage car manufacturers to innovate in the small car category. As more people move to the city, clever and creative small cars are more important now than ever: the cleverest of all for 2017 is the BMW i3 94Ah, which beat the stylish Citroen C3 and Suzuki Ignis.