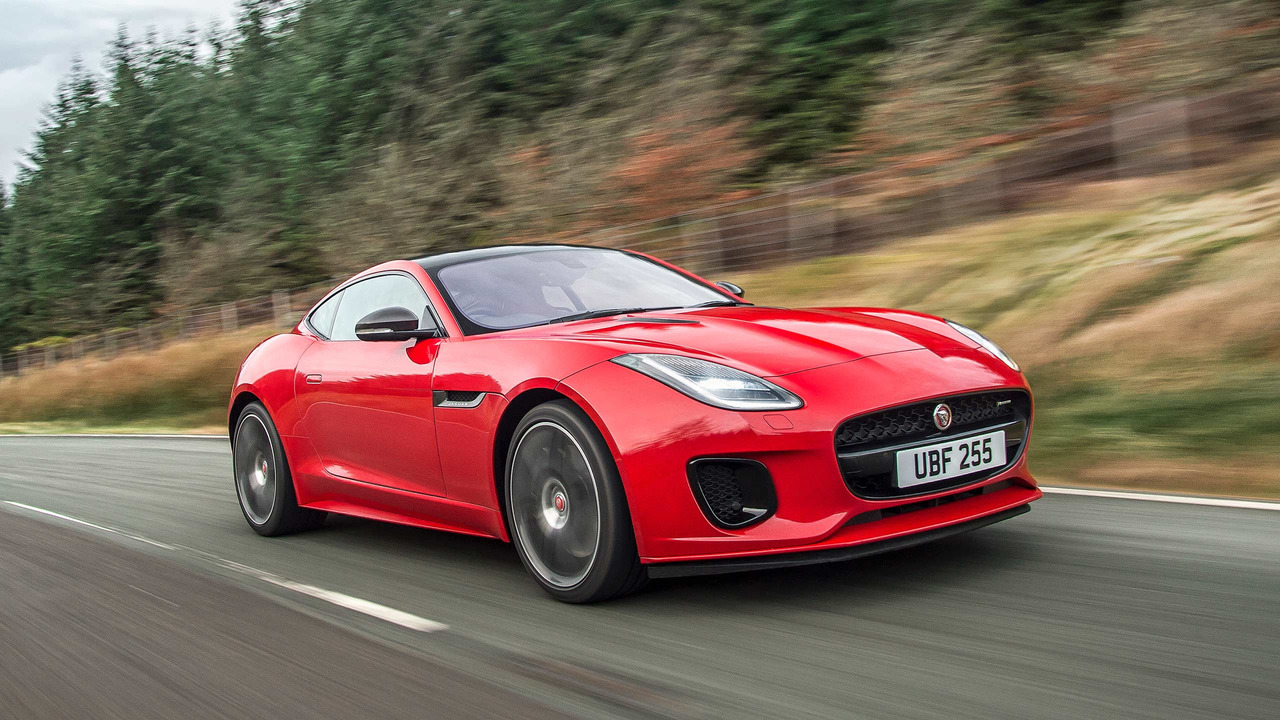 Jag’s coming for you, Porsche 718 Cayman.

The new 2.0-litre turbo four-cylinder Jaguar F-Type is a lighter, more athletic, less expensive, most enthusiast-focused version of the British sports car yet. With greater driving purity combined with a sub-£50,000 price tag, the company hopes to further broaden the F-Type’s appeal – and take on the Porsche 718 Cayman eye-to-eye at last.

Jaguar’s Wolverhampton engine factory produces the new 300-horsepower engine: it’s the pinnacle of the four-cylinder petrol Ingenium range, also offered in 200hp and 250hp guise. The extra power is achieved by tech such as a twin-scroll turbo, fully-variable intake valvetrain and high-pressure direct injection. The 1997cc motor produces 150hp per litre: Jaguar’s never made an engine with more specific power.

The lightweight engine gives a 52kg overall weight reduction, mainly from over the front axle. This moves the weight balance rearwards, cuts the kerbweight to just over 1500kg and has allowed Jaguar to retune the chassis and enhance this more fleet-footed litheness. Spring rates are softer front and rear, SVR-spec monotube dampers are bolted on, and the electric power steering has been retuned to take advantage of the lower nose weight it has to deal with.

The Jaguar engineers’ words suggest we’re in for a treat. It “has a character all of its own,” says chief product engineer Erol Mustafa. “I like to think of it as the feisty younger brother of the V6 and V8 models.” Chief engineer Mike Cross said the aim was to make the F-Type “even more engaging and rewarding,” and development has given it “an even better balance, an even more connected feel, and enhanced ride comfort Enthusiasts will want to drive this car: this is a true F-Type with its own unique character.”

It goes on sale in the spring, from £49,900. Jaguar will offer the four-cylinder both as a coupe and convertible, in regular and R-Dynamic trim. How to spot it? Most obviously, by its single central-exit exhaust, or the lightweight 18-inch alloys of the base models. Or simply by the fact we now may see more of them on our roads – particularly if it turns out Jaguar’s given us a Porsche 718 Cayman-beater…