We Hope The 2019 Tesla Roadster Looks This Good 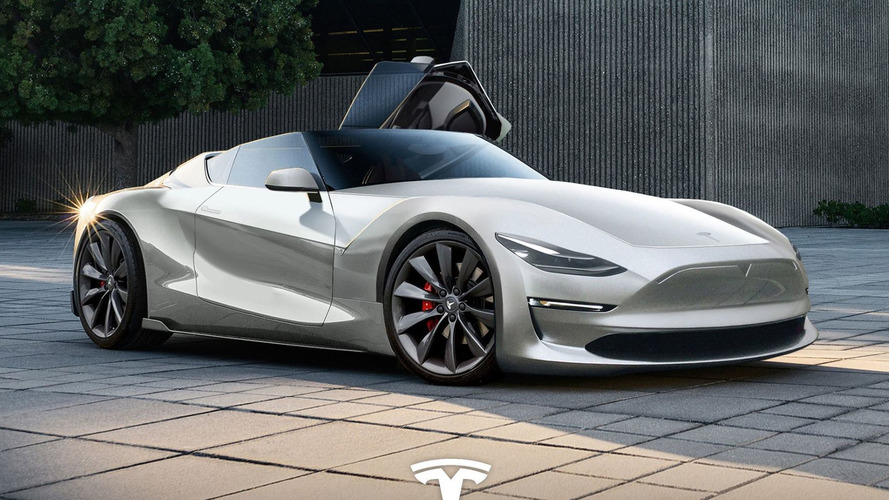 Tesla admits that a new Roadster is more than a few years away. And when it does debut, it will come with improved performance, and an all-new design. Though we’ve previewed the upcoming model in our own rendering, this new concept gives the Roadster a much-needed sporty upgrade.

The rendering was created at Jan Peisert at Peisert Design. It uses the Toyota FT-1 as its base, and introduces "electric butterfly doors," says the artist, giving the formerly subdued roadster a set of aggressive lines and a more supercar like appearance overall. Though the artist doesn’t suggest any performance details, Elon Musk himself admitted on Twitter that the new Roadster will be the fastest model when it goes on sale.

The new Tesla Roadster will be part of "Master Plan, Part Deux,” and will follow an electric truck and a bus, according to CEO Elon Musk. When it does debut, likely sometime in 2019, it will "look a little different," and will be
"a little faster and a littler bigger," said Tesla’s Nordic Countries Manager Peter Bardenfleth-Hansen back in May.

The Roadster is rumoured to use the upcoming Model 3 as its base, sharing many of the same components and powertrain details. Unlike the Model 3, though, the Roadster will have a lower roofline, a unique front, and likely a few other differentiating details to give it a distinctive look over the Model 3.

We won’t know much about the new Roadster until it makes its debut in just a few years. But if this rendering is any indication, it should be something to be excited for. Check out the video below to see how this rendering was made.