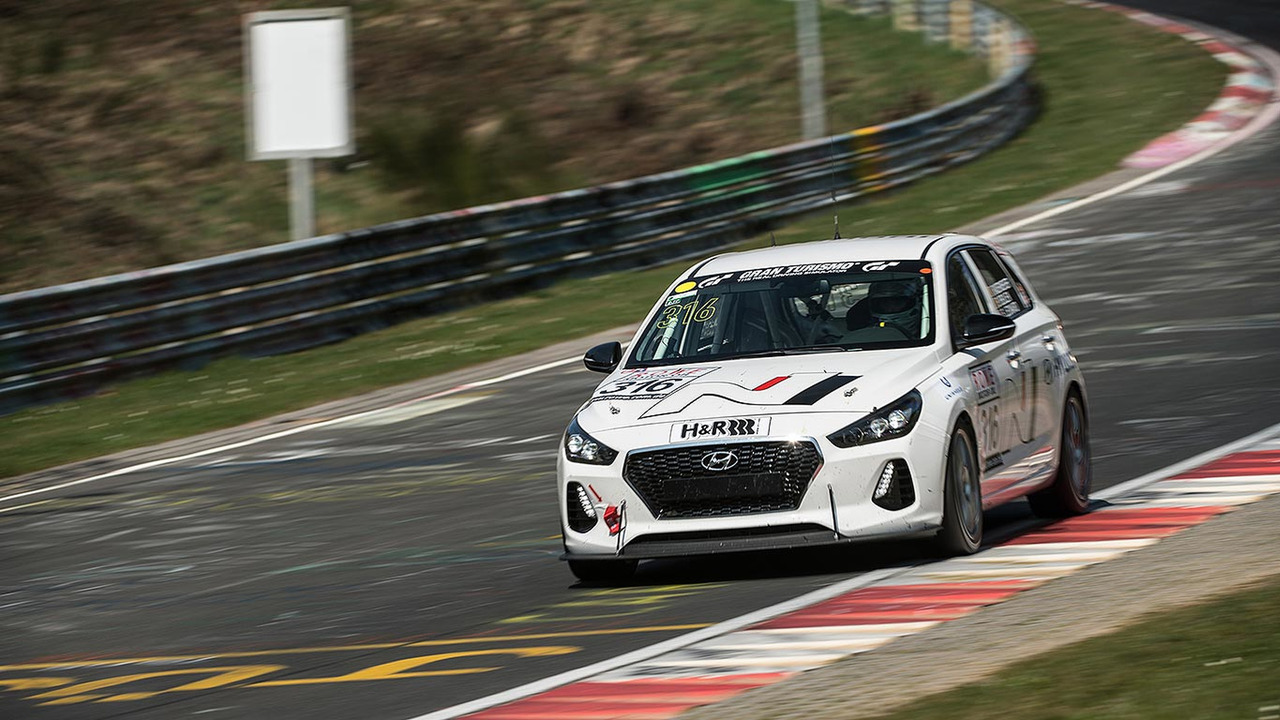 Podium in VLN endurance race last weekend: will race in N24 next month.

Hyundai will enter two “close to production” versions of its i30 N in the famous ADAC Zurich Nurburgring 24-hour race at the end of May – and to prepare for the event, it last weekend ran the i30 N in a VLN endurance race to check that the car was up to it. It was an important test: unlike other brands, Hyundai wants to modify the i30 N as little as possible over standard road spec.

Albert Biermann, Hyundai’s head of performance development (and an ex-BMW M chief) said: “We want our high-performance brand to have considerable racing pedigree so it is important that we compete with minimal modifications. Nürburgring is where the i30 N has undergone much of its testing and chassis development.”

The 2.0-litre turbo racers will have a six-speed manual gearbox identical to the upcoming road-going version. During the race, Hyundai says its engineers will look for any areas they can further refine the car – and, interestingly, seek “potential performance enhancements for the i30 N”. Such as more power, sportier suspension, limited-slip differentials and the like? We can but hope.

Hyundai is already very familiar with the Nürburgring. It has a 3,600-square metre testing facility there, heavily used by its German technical team. With the i30 N entry into the N24 race that helped inspire its name, Hyundai “will be up against cars from other manufacturers that are heavily modified to cope with the demands of the VLN race” – purposefully using motorsport to show how racing improves the breed of the regular road car. It is due for launch later in 2017. Hopefully having passed the ‘Nürburgring-rated’ test with flying colours…