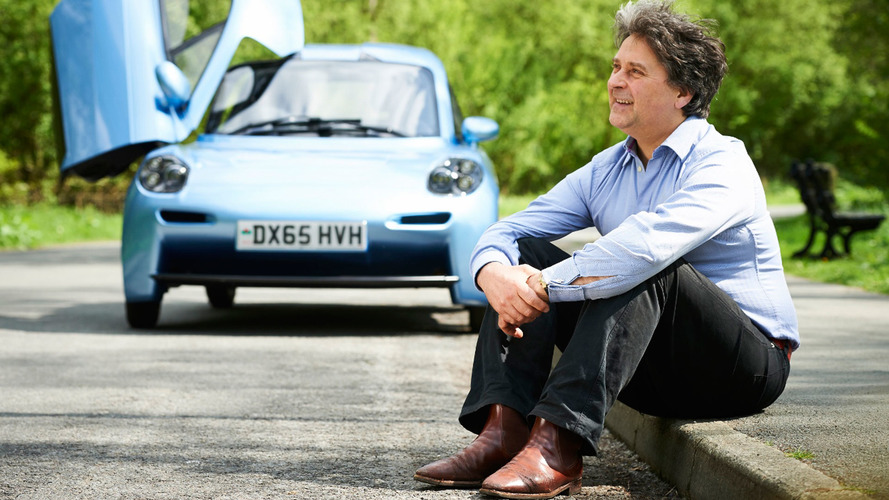 Riversimple will launch the Rasa hydrogen car in 2019.

Welsh car manufacturer Riversimple has raised more than £1 million as part of a crowdfunding campaign to help fund development of its hydrogen-powered car.

The company, which revealed its Rasa prototype last year, aims to make the eco-friendly car commercially available by 2019 – with four-seat and van versions available in the future. Its £1,138,000 investment follows funding from the Welsh government and European Union, totalling £4 million in grants.

Automotive engineer Hugo Spowers established the company as OSCar Automotive in 2001, and has made a number of high-profile appointments to develop his hydrogen car, including designer Chris Reitz, who had input in the Alfa Romeo Giulietta and Fiat 500.

Unlike conventional car manufacturers, the Powys startup plans to lease its cars rather than sell them. Customers will be able to drive a Riversimple Rasa for a relatively low monthly fee, with all costs included – including servicing, fuel and insurance.

It’s been seeking investment over the last year, and has exceeded its initial £1 million goal.

“I am delighted that we have not only passed our first tranche target of £1m, but the interest was so keen that we exceeded that figure,” said founder Hugo Spowers. “This is down to a growing demand for low emission personal transport and to the efforts of our team, because the people that work here make this company worth investing in.

“This very definite endorsement demonstrates people’s growing desire to be able to travel in a sustainable way and to start to address the catastrophic effects of pollution and global warming, while losing none of the joy of driving a responsive, beautifully-crafted car.”

The Riversimple Rasa is a two-seat, four-wheel-drive hydrogen car powered by an 8.5kW fuel cell. It’s capable of travelling 300 miles from 1.5kg of hydrogen, and boasts a top speed of 60mph. Weighing just 580kg, the Rasa uses a composite monocoque structure.

“The funding enables us to start building cars for our beta-test, which will take place in Wales and will be the first trial of its kind in the motor industry,” added Spowers. “Feedback from users will directly influence the final car design.”