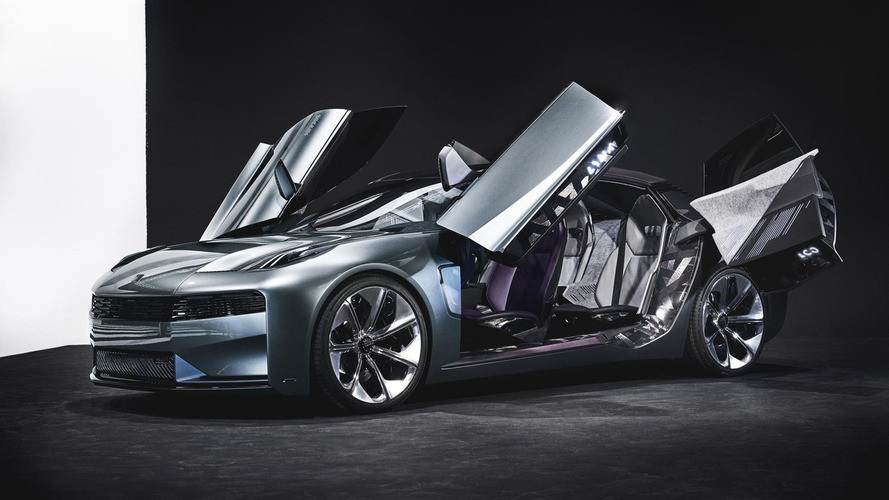 It’s just a concept, but it could make its way to production in the next few years.

With the debut of the 01 crossover last October, Lynk & Co brought along with it a four-door saloon concept that took an extremely futuristic approach to its design... though you might have missed it. The dramatic front fascia and suicide doors previewed the upcoming design language of the brand.

Though we only saw that concept briefly, we now get to see the car up close and in detail. Adamsky Management has released 25 stunning images of the car for all of us to see, previewing an upcoming ad campaign that the company will be running on its social channels in the next few weeks.

Apart from its unique design, we don’t know much about the concept. Lynk & Co hasn’t released any details about performance; our best guess is that there's an electric powertrain under the hood. What we do know is that the Geely-owned carmaker will produce five high-volume models based on the upcoming Volvo XC40 platform, with a production-version of the saloon concept pictured here likely to come after.

The first car in the Lynk & Co lineup will be the 01 crossover. It uses the Volvo-developed Compact Modular Architecture, and stretches out to 4530mm long, 1850mm wide, and stands at 1650mm tall. The 01 will primarily target the Chinese market, and power will come courtesy of a range of plug-in hybrid and pure electric engines.

The 01 crossover will go on sale in China later this year, and will then later be launched in the U.S. and Europe. Two new models will debut in the next few years, the '02' and '03', with a saloon based loosely on the concept seen here eventually coming down the line.