You'll probably never see another Mercedes like this again.

You've never seen a Mercedes-Benz 450SL quite like this one: a 1979 shooting brake. It's currently up for auction on U.S. site Bring A Trailer. That’s because Mercedes never made such an example of rolling awesomeness, which means any conventional values go out the window for this epic one-off automotive creation. 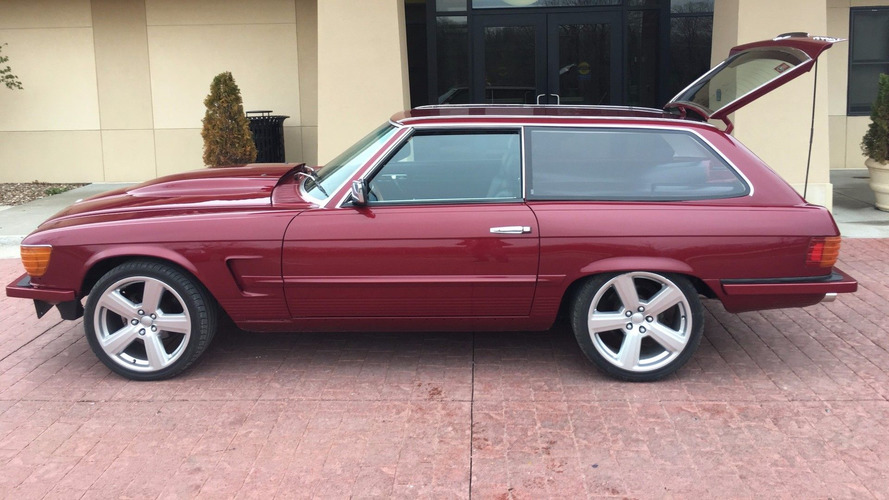 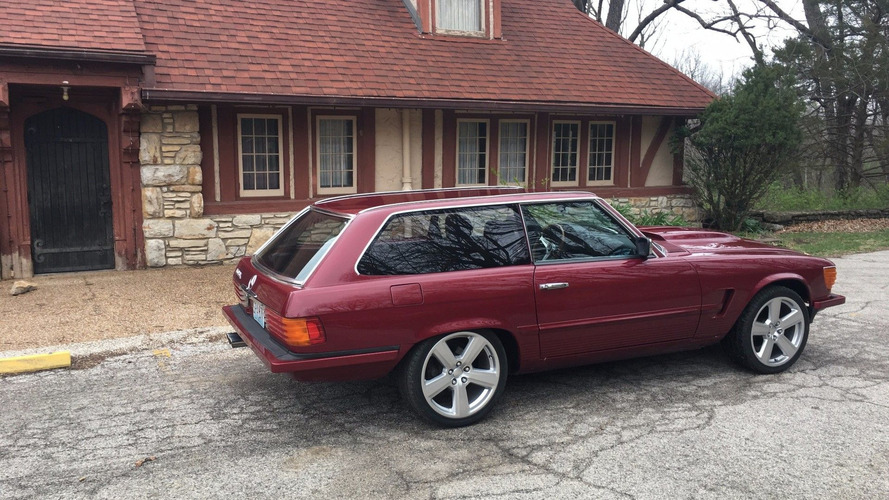 The details for this particular Merc are as impressive as the photos. The current owner has over 40 years of cutting, welding and painting experience, and all of it appears to have been utilised for this build. He acquired the 450SL in 2011 from an import mechanic who owned and maintained it since 2003, as evidenced by a maintenance folder with $4,500 in parts receipts that came with the car.

Soon thereafter, the cutting and fabricating began – a process which took over two years to complete. Custom work is everywhere; obviously there’s the roof but the inner quarter panels were also sculpted and welded. A custom fuel tank was built and adapted to fit the spare tyre well so the rear floor could be properly flat. A custom headliner was made, the exhaust system was modified, and of course there’s the glass in the rear.

Other non-fabricated custom work includes leather seats from a Lexus, a Nardi steering wheel, Euro headlights with driving lamps on the bumper, custom paint, and it rides on 18-inch wheels. More than a few commenters at the auction site have expressed dislike for the rims, and we’re inclined to agree. In this application, something a bit smaller would frame this custom Benz much better. 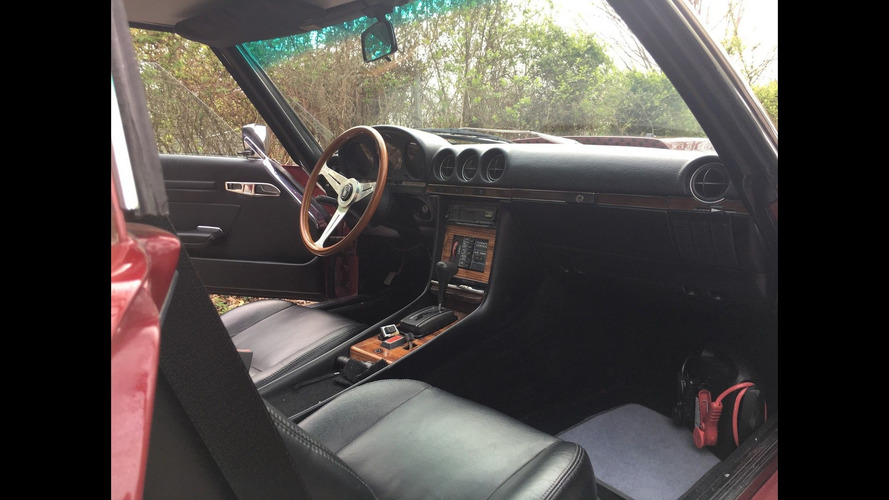 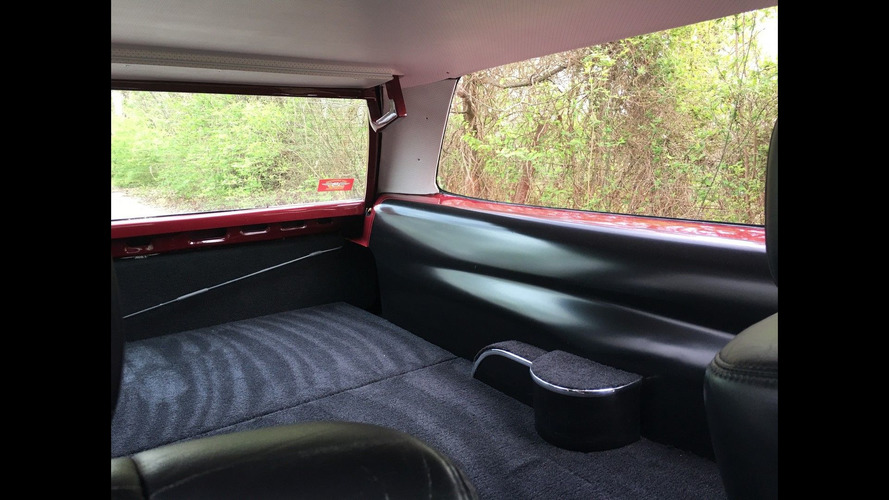 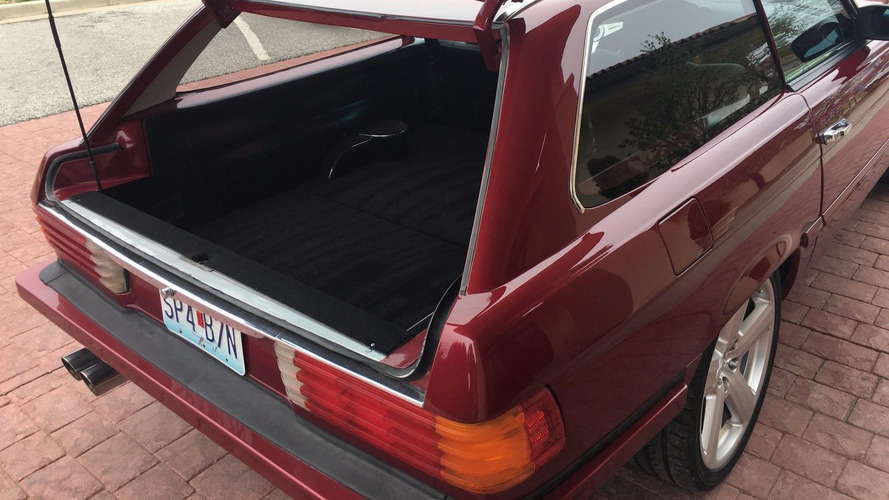 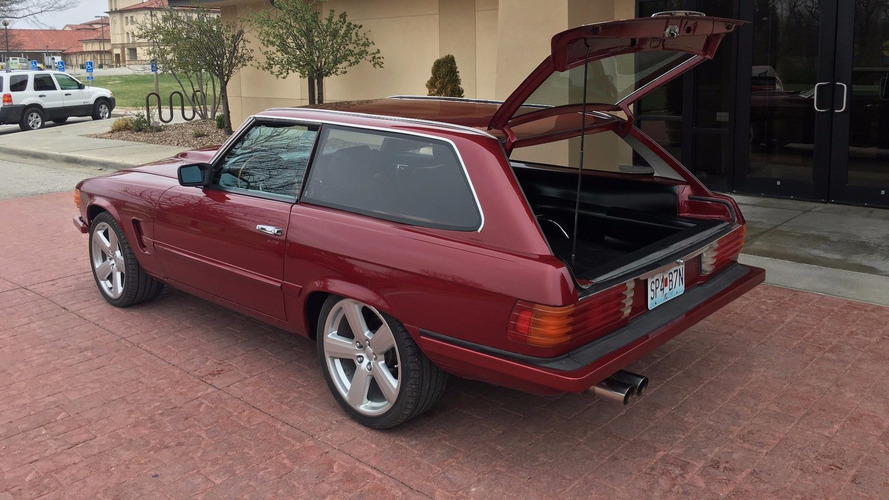 The car appears to be in great shape overall, but it’s not all hugs and puppies. The air conditioning, radio, and cruise control are non-operative. The EGR system was bypassed by the previous owner, and while the car is said to run well, it does run a bit rich in cold starts. It’s done 143,000 miles, 2,500 of which are courtesy of the current owner. We’re glad he didn’t just build it and store it.

When the hammer closes on this Bring A Trailer auction next Tuesday, it’s quite likely the winning bid will be far below the expense put into making this custom Merc. As of this writing it’s only at $6,100; given current market values for the 450SL and the very specific audience that appreciates such projects, there’s a very real possibility this one-off Mercedes shooting brake could find a new owner for $10,000 or less (that's barely £8,000!). And since it’s selling at no reserve, it will have a new owner.

But, when it comes to customs like this, all bets are off. One thing is certain though – no matter what the final price is, the labour and passion invested by the builder on this special Mercedes is simply priceless.