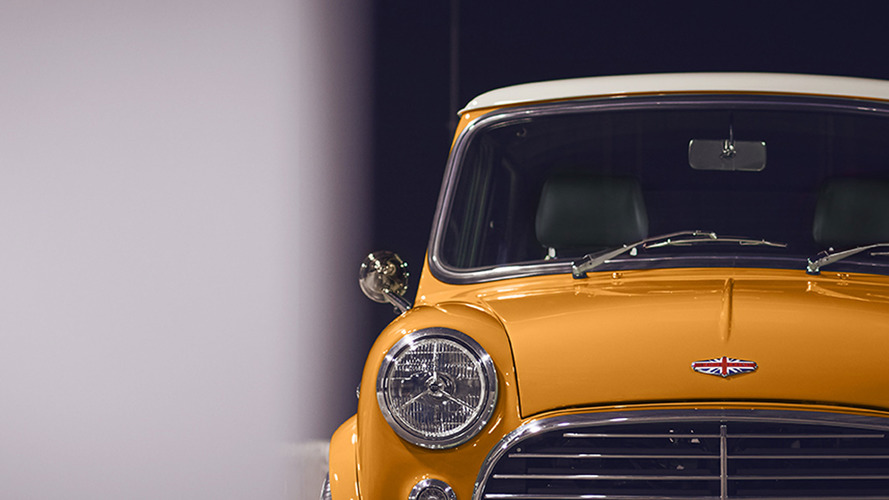 Now David Brown Automotive is back, this time with a modern rework of the classic Mini. ‘Mini Remastered’ retains the iconic styling of the Issigonis original, but with bodywork seams removed, a new aluminium grille, bullet door mirrors with puddle lights and jewel-like LED taillights inspired by the Speedback GT.

Under the bonnet is a tuned version of the Mini’s 1,275cc engine with ‘50% more power’. Brakes and suspension are upgraded, and the four-speed manual gearbox is reconditioned. David Brown also welds in additional beams and support struts to boost chassis rigidity and improve handling.

The Mini’s interior blends retro touches with modern tech. In the former category, you’ll find hand-trimmed leather seats; bespoke, black-on-white Smiths gauges and a wood-rimmed Moto-Lita steering wheel. In the latter, there’s keyless entry and start, a USB port and a touchscreen media system with Apple Carplay and Android Auto connectivity. You even get that essential 21st century accessory: a cupholder.

Mini Remastered will be hand-built at David Brown’s new HQ near Silverstone, soon to incorporate a sales studio. There are two limited-run special editions available from launch: ‘Inspired by Café Racers’ and ‘Inspired by Monte Carlo’. Fittingly, the public launch for the car will be at the Top Marques show in Monaco on 20 April.

Prices haven’t been confirmed, but we’re reliably informed it will cost around £50,000 – possibly much more if you get carried away with options. That makes BMW’s retro-remake Mini look cheap, but it’s at least £450,000 cheaper than a Speedback GT.

Company founder, David Brown, said: “We’ve built this car to sit alongside any classic or modern collector’s garage and I can see this being a fantastic city car, too. We’ve had an amazing response to the car from Speedback GT customers and David Brown Automotive fans.”