Aston Martin Gets The Keys To New Welsh Super-Factory 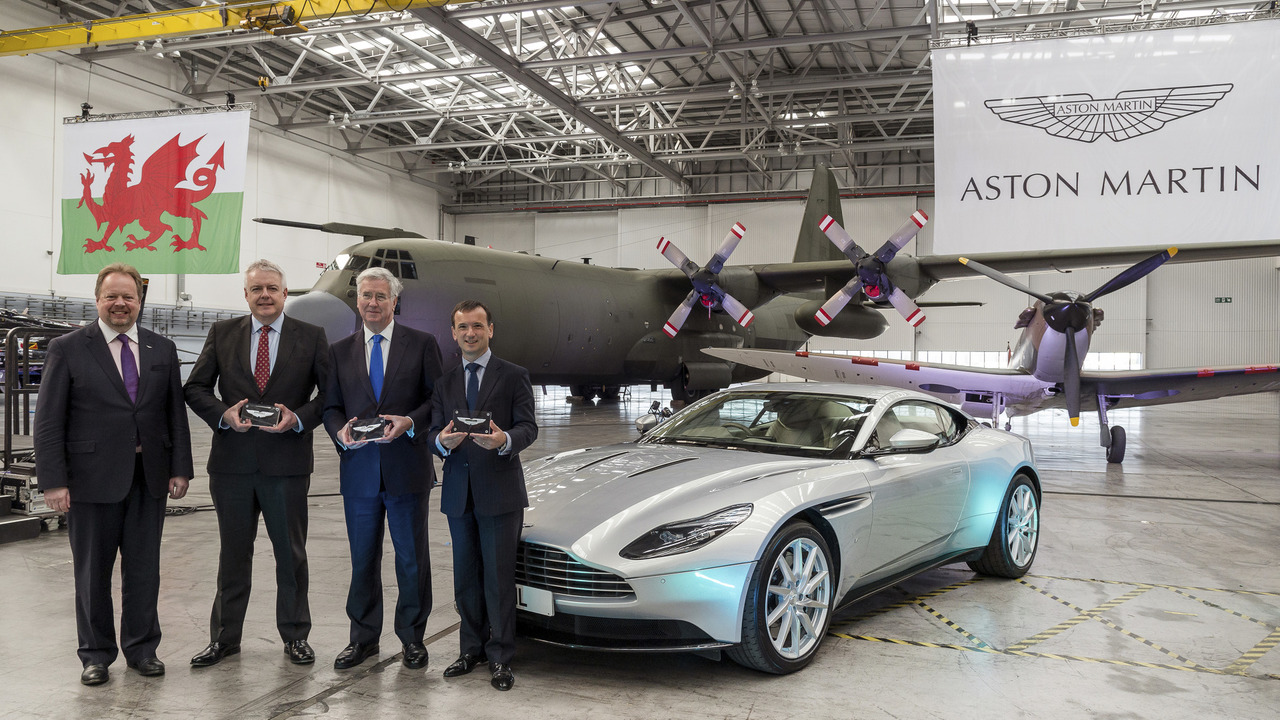 Ministry of Defence hands over St Athan so Aston Martin can build an SUV due 2019.

The former Ministry of Defence RAF base in St Athan, Wales, now belongs to Aston Martin – and the diggers move in Monday to begin conversion work so it can build a brand new SUV from 2019. The giant site will eventually build three cars, including two new Lagondas, and will double Aston Martin’s production capacity.

St Athan won a battle with more than 20 other global sites, but it wasn’t just the fact it was British that convinced Aston Martin, said company CEO Dr Andy Palmer. Rather, it was the passion and professionalism of everyone involved in the Welsh bid that won through. Wales’ reward will be 750 new highly skilled jobs – and the honour of every new St Athan Aston Martin carrying the inscription ‘Handbuilt in Wales’.

Secretary of State Sir Michael Fallon, Secretary of State for Wales Alun Cairns and Welsh First Minister Carwyn Jones were all at the handover ceremony, which will convert the three enormous MoD ‘super hangars’ into what Aston is already describing as a state of the art facility capable of building 7,000 cars a year when production starts in late 2019.

“Due to its sheer size and scale, the St Athan Super Hangars represented an excellent opportunity for us to build our second manufacturing facility, within the envelope of an existing structure,” said Dr Palmer. “It is perhaps fitting that St Athan is, like our headquarters and sports car factory at Gaydon, a former Royal Air Force base.”

At the handover ceremony, Aston Martin had a DBX concept car on display: it is the production version of this model that will be the first car built in St Athan. Aston also confirmed the factory is being built with electric car construction facilities, confirming the DBX will offer a form of electrification. The two new Lagondas will follow in 2020 and 2021, added Dr Palmer – but he told Motor1: “I’m not letting on today what sort of cars they will be…”.