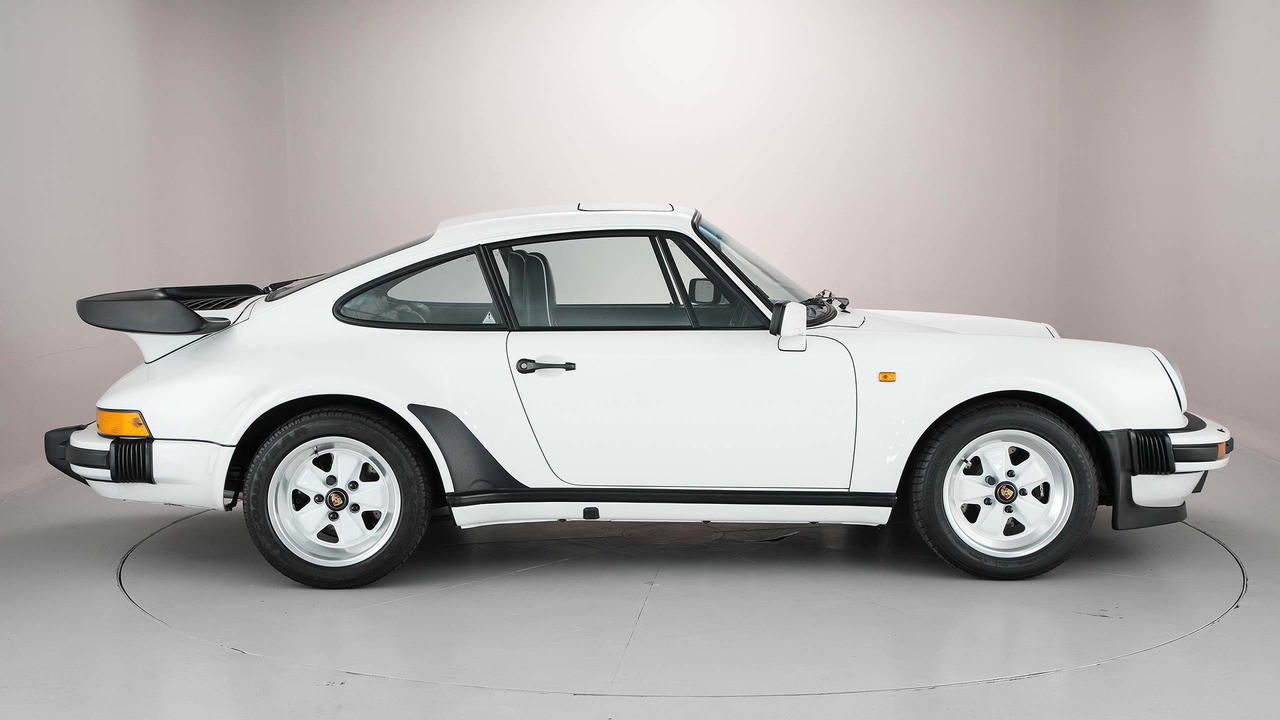 They look like a Turbo but they’re not. And that’s the beauty.

The 1980s Porsche 911 3.2 Carrera marked the rebirth of the fabled sports car after years of basically being on life support through the 1970s. Once Porsche realised the 928 wasn’t going to replace it after all, it started working on the 911 again; the 3.2 Carrera was the first fruits of this.

In later guise with the snickety G50 manual gearbox, they were a peach to drive – perhaps even sweeter than the monster Turbo range-topper. All they lacked were the 930 Turbo’s wider wheelarches, famous whale tail, plus uprated suspension and brakes. If only you could mix and match the two, thought many at the time: with the 911 Supersport, that’s exactly what Porsche did.

Coded M491, the Supersport kit was sold between 1984 and 1989, and offered on both Coupe, Cabriolet and Targa models – it was the first time a wide-body kit had been offered on a non-turbo model. It was 1980s perfection: now, North London’s Hexagon Classics is offering people the chance to go back in time with two immaculate models up for sale.

They’re not cheap, mind. The white 23,750-mile Coupe it has for sale is £139,995, and the red 27,490 Cabriolet is £124,995. But the firm’s chairman Paul Michaels says they are “exceptional examples of one of the most desirable and rare Carrera 3.2s variants. The Supersport kicked off a Porsche love affair with the wide body look for non-turbo 911s, a combination that has proved popular ever since. If you’re in the market for a Supersport then you will struggle to find two better, lower mileage cars on sale anywhere in the world.”

Both use the same 231 horsepower 3.2-litre flat-six engine, good for a top speed of 152mph and a sub-six second 0-60mph time. Both are fitted with 16-inch Fuchs alloys, and for further retro effect, the Coupe has its original Blaupunkt Toronto stereo. The Cabriolet, meanwhile, as a five-draw cassette stowage box. That’s sure to intrigue the kids. The rest of us will just swoon at two of the most super 911 Supersports in Britain.