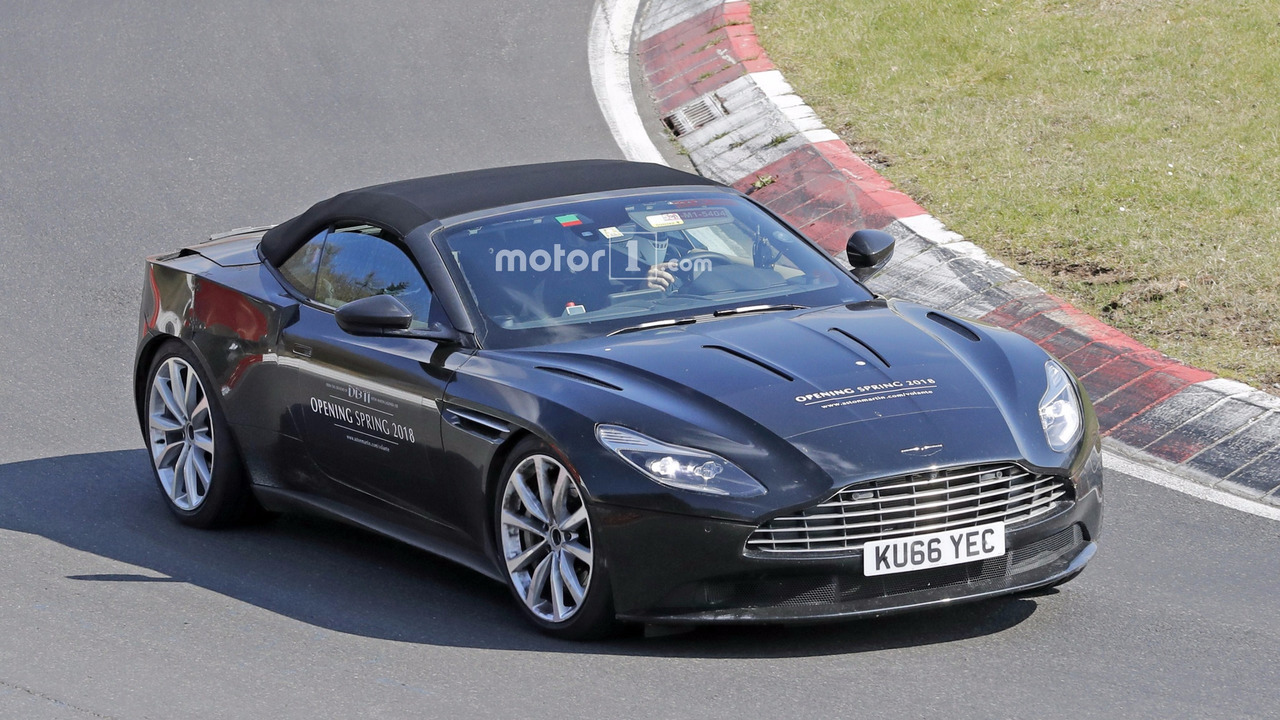 The coupe is either the V8 AMG-powered version or a hotter V12.

With the temperatures in Europe rising, carmakers are currently making the transition from winter testing to high-speed development at the Nürburgring track in Germany. Aston Martin was recently caught with not one, but two prototypes belonging to the DB11 family.

The first one is without a shadow of a doubt the Volante — it even says so on the doors. It will go on sale next spring and is going to eschew the coupe’s fixed metal roof in favour of an electrically retractable soft top. The bodystyle transformation means the C-pillar will be gone and the car’s rear end will also be subjected to a few changes to accommodate the fabric top when not in use. Aston Martin will modify the active rear spoiler and is going to install a pair of intakes, probably on the Volante’s redesigned rear wings. On the coupe, these sit on the base of the C-pillar.

The DB11 Volante will use the same biturbo 5.2-litre V12 engine as the coupe, where it churns 600 horsepower and 516 pound-feet of torque delivered to the rear wheels. That’s enough Gaydon power for a sprint to 62 mph in 3.9 seconds and a top speed of 200 mph, although the Volante will likely be a tad slower due to its slightly increased weight.

As for the other test vehicle, its identity is not known at this point, but it can only be either a hotter version of the V12 model or the forthcoming V8-powered DB11 with a 4.0-litre unit borrowed from Mercedes-AMG. There was a report about the eight-cylinder variant debuting later this month at the Shanghai Auto Show in China, but Aston Martin got in touch with us to say it won’t happen.

Checking the prototype’s license plate with the UK’s Driver & Vehicle Licensing Agency (DVLA) turned out to be a waste of time as the data did not show whether the car had the V8 or the larger engine. That being said, we are inclined to believe the car had the AMG unit since it would make more sense to come out with the V8 first and then do a more potent derivative of the V12.

Hopefully, we’ll have a solution for the spy photo puzzle in the coming months.

Read our review of the standard DB11 Coupe: