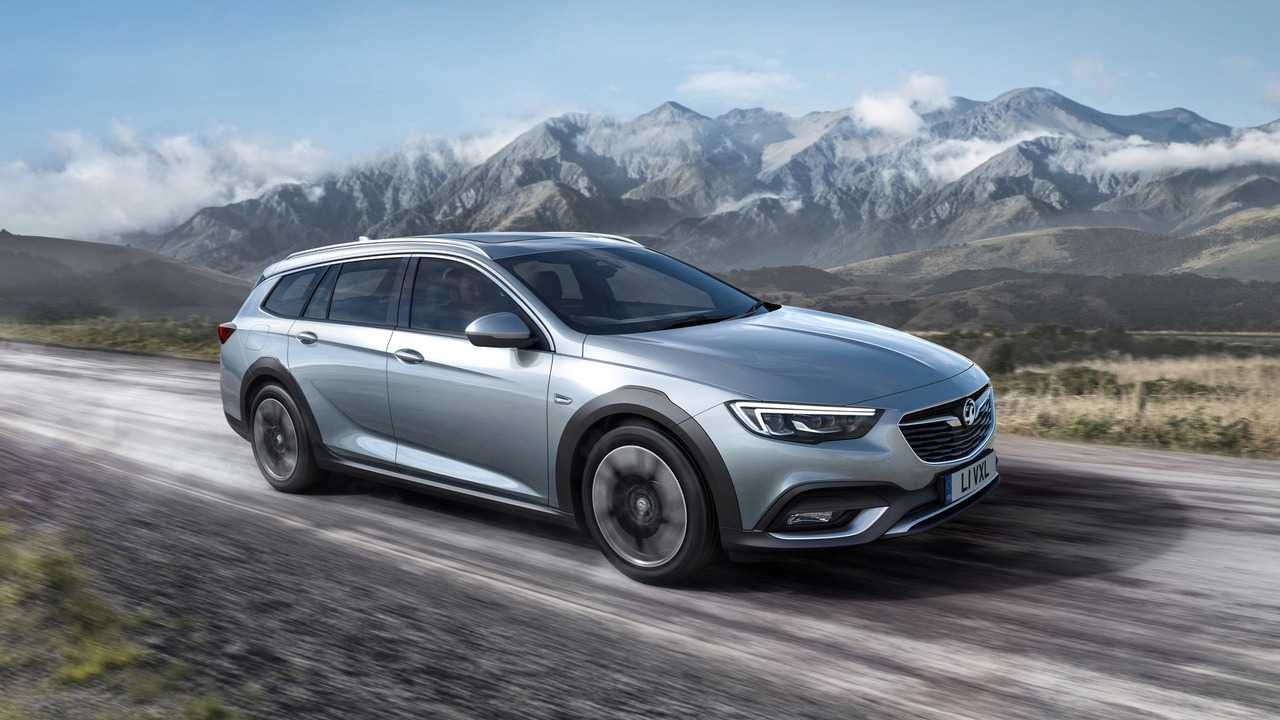 It’s an SUV for those who hate SUVs.

The new Vauxhall Insignia Country Tourer will take a bow at the Frankfurt Motor Show this September to offer buyers a fresh new cut-price alternative to an Audi Allroad. Vauxhall’s range is currently light on SUVs: it is hoping this all-new faux SUV can at least tempt a few mainstream buyers out of their Ford Edges.

The big deal is its all-wheel drive capability, higher ground clearance and more rugged appearance, said Vauxhall chairman and MD Rory Harvey. It sits 20mm higher than the regular Sports Tourer estate, has a high-spec all-wheel drive with 'genuine' torque vectoring (not the pretend ‘torque vectoring by braking’ workaround) and pairs all-round black body cladding with silver front and rear skid plates. It's much posher inside, too.

British design chief Mark Adams reckons “it has the presence of a true flagship," combining a sophisticated athletic shape enhanced by rugged off road detailing”. It’s bigger than before inside as well, with total load capacity growing by 135 litres to 1655 litres. If even that isn’t enough, standard roof rails can carry loads of up to 100kg.

Even with such a load, the new Insignia Country Tourer will still be lighter than the old one – and that’s despite a wheelbase stretch of 92mm that creates more space inside. It’ll likely be faster and greener than before too, although the firm curiously hasn’t revealed which engines it will get. Expect a choice of 170 horsepower 2.0-litre turbodiesel or 260 hp 2.0-litre turbo petrol.

Vauxhall has also given it an electronic tailgate with hands-free operation – you know, the ones that are meant to open and close when you ‘kick’ beneath the rear bumper. Recognising that this is often decidedly hit and miss, Vauxhall has invented a light guide: a vehicle silhouette is projected onto the ground, showing the area you should wave your leg into…