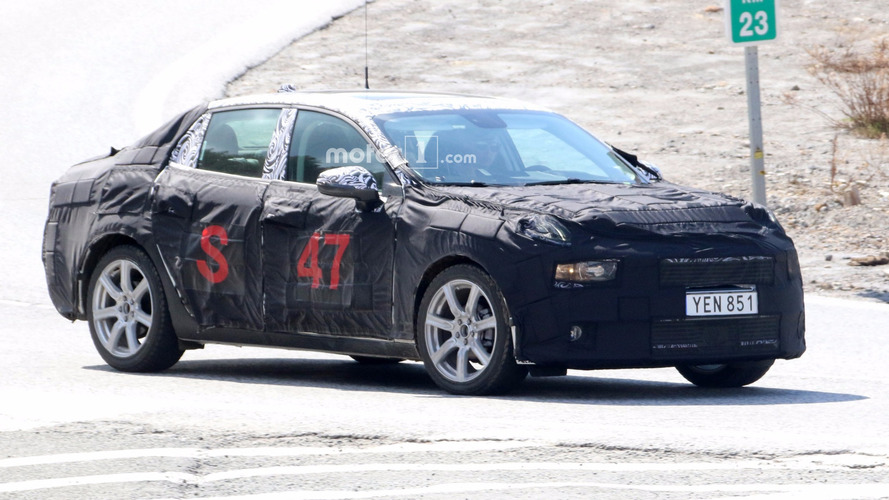 Will utilise the same platform as the forthcoming all-new Volvo S40.

Geely is stepping up development of its new 'Lynk & Co' model range. Refreshingly for some, the newly-founded marque is to use a straightforward nomenclature: the first production model, a crossover related to the upcoming Volvo XC40, is simply called '01'.

This car has recently been spied testing – alongside a previously-unseen saloon car. This is the Lynk & Co 02, which will be the brand’s second production car, and is expected to arrive at some point in 2018. Initially it will launch in China, with plans for a launch in Europe and the United States at a later date. Because of all the camouflage, there’s not much to say at this point about the car’s design, but we’re not expecting anything extraordinary considering we are dealing with a conventional saloon. A more upmarket version of the car will come from Geely-owned Volvo, which is set to introduce its all-new S40 quite possibly in 2018.

Besides the 01 crossover and the 02 sedan, Lynk & Co is also cooking up a third model, but its identity is not known at this point. These cars will ride on Volvo’s new CMA platform and will take advantage of the safety tech developed by the Swedes. In addition, Geely’s new brand will bet big on connectivity, with the aforementioned 01 billed as being “the most connected car to date”, one always linked to the Internet.

The 01 was previewed by a concept towards the end of last year and will make its debut in full production guise later this month at Auto Shanghai 2017 before going on sale locally in the fourth quarter of the year. The compact crossover was due to hit U.S. and European markets next year, but the launch in those regions has been pushed back until Q1 2019. As for the 02 saloon spotted here for the first time, it will be out after the 01.

Between now and the market launches of these cars, maybe they'll do something about the rather uninspiring names...