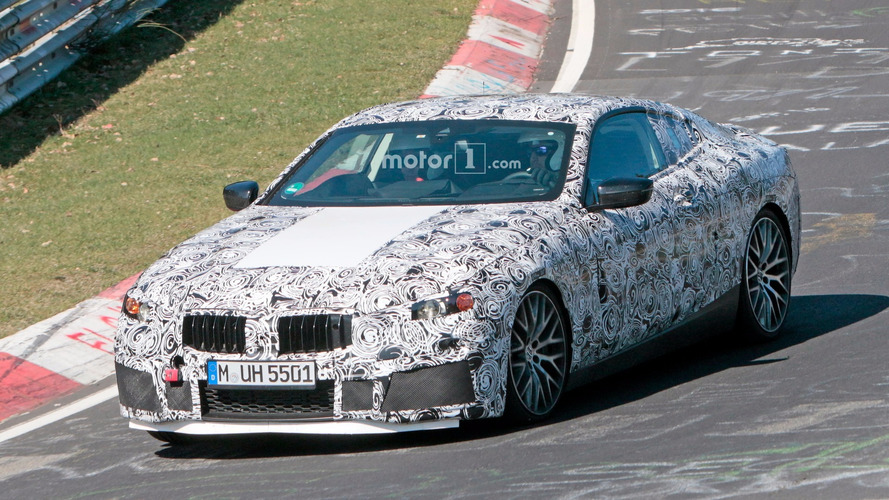 Is this the M1 successor we've been waiting for?

Rumours of a reborn BMW M1 have been a long time coming. Although the i8 sort of fills the gap temporarily, fans of the brand still yearn from something even more powerful than the current hybrid coupe. These new spy shots of the potential M8 performance range-topper of BMW's rumoured new 8 Series should thus be exactly what we’ve all been waiting for.

Spotted testing on the Nürburgring, it is the second time we’ve seen the proposed 8 Series prototype out and about on public roads. This time, it wears a new set of wheels, rides much lower to the ground, and sees some aerodynamic additions to the front and rear, suggesting it could be a high-performance 'M' car.

Like previous prototypes before it, its body is long and lovely. Some are suggesting it could be a new M6, but the proportions look all wrong. The rear three-quarter shares some design cues with the iconic M1 and the current i8, and both the front and rear ends are more chiselled than other 6 Series before it.

If (or when) BMW does decide to revive the 8 Series, it could come with either a 4.0-litre biturbo V8 under the hood, or a more potent V12. Both rear-wheel drive and all-wheel drive would be available, and the two engines could produce as much as 600 horsepower each, propelling a proposed M8 to 60 miles per hour in well under 4.0 seconds.

As far as final design cues go, look towards the Pininfarina Gran Lusso Coupe concept we saw a few years back as inspiration. That concept came with a wide kidney grille, sweeping headlights, and a sleeker rear end, similar to the prototype seen here.

Along with a high-performance M8, BMW's 8 Series range could include as many as five different designations. The German automaker has trademarked the monikers 825, 830, 850, 860, and M850. We’ll know more closer to the vehicle’s debut.