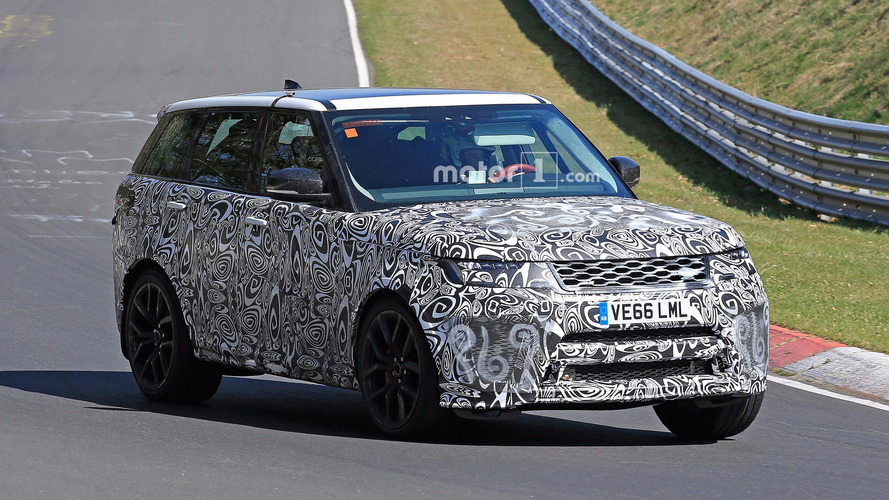 Is Land Rover planning a 'Ring record run for the SVR?

Land Rover is back at the Nürburgring developing the facelift for the Range Rover Sport SVR. This is our first chance to see the high-performance luxury crossover at the track this year, and it’s wearing some new parts since the last time our spies caught it.

The front end now boasts mesh in the grille, and there appear to be new headlights with a more angular shape. A revised lower end also has more prominent mesh and a more complex overall design with additional inlets (presumably to cool those hard-worked brakes). Massive intakes are easily visible through the camouflage.

Large black, split-spoke wheels now fill up the wheelarches. Large brake rotors with red calipers are visible behind them.

Most of the rear end looks the same, except for a revised lower bumper. As opposed to the quartet of circular tailpipes before, the exhaust outlets now have squared-off exits. The diffuser surrounds them now, too.

The revised Range Rover Sport SVR should have a power upgrade over the existing 5.0-litre supercharged V8’s 550 horsepower and 502 pound-feet of torque: place your bets on 575 hp. The improvements should cut a few tenths off the already impressive sprint to 60 miles per hour in 4.5 seconds.

The wait for official details about updated Sport SVR shouldn’t be too long. Jaguar Land Rover’s been working on test mules for at least a year. The company’s high-performance operation also now has an updated workshop, which gives the team more room and 250 more employees. JLR intends to launch one new SVR-spec model each year through 2020.

JLR’s high-performance crossover range will grow further with the F-Pace SVR. It’ll reportedly also use the 5.0-litre supercharged V8 but with a lower output than the version in the Range Rover Sport. A 'mere' 500 hp, then? 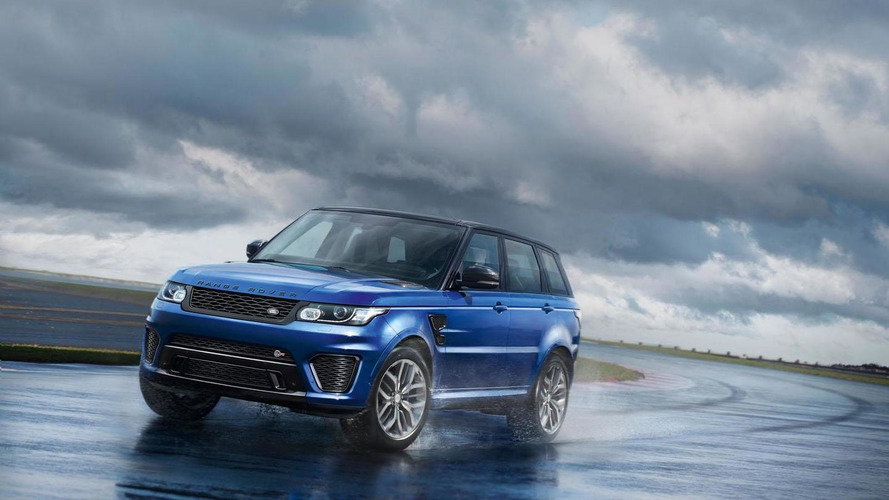