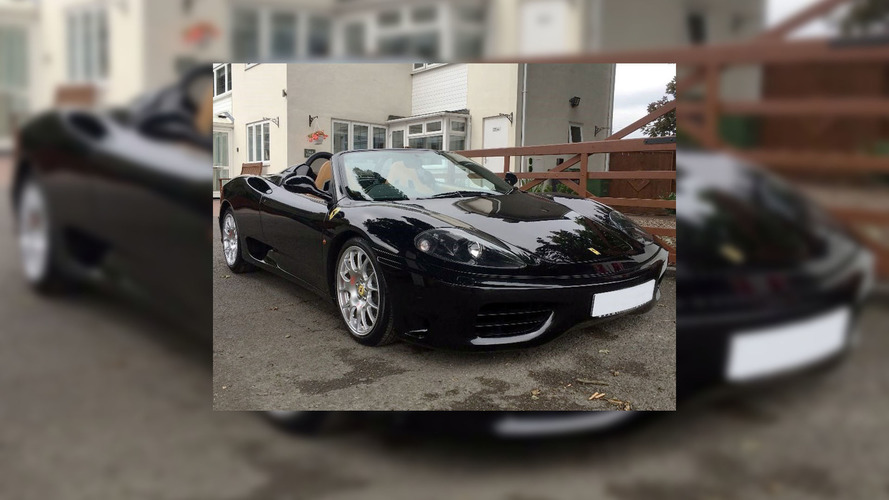 Footballer David Beckham is known for more than just his skills on the field and his dashing good looks – he’s also an avid car collector. He’s been spotted in everything from a Rolls-Royce Ghost, to a Cadillac Escalade, to a Jeep Wrangler. But one of his most luxurious former rides, a Ferrari 360 Spider, is heading to auction later this week.

A 2001 example, the car was previously owned by Beckham and has covered just 7,800 miles since new, meaning it’s in practically as-new condition. The exterior wears a handsome Nero black finish, while the cabin is coated in Sabbia light brown leather interior.

This example in particular comes with a few added features, like lightweight BBS alloy wheels, wide carbon fibre-backed racing seats, privacy glass, an F1 gearbox, a Challenge rear diffuser, and a Tubi sports exhaust system. Not to mention an extensive Ferrari service history and a famous celebrity on the V5, of course.

Brand new a standard 360 Spider would set you back a cool £109,000. This one is a bit cheaper, even with its ties to Beckham and its like-new quality. The seller, H&H Classics, suggest it could go for anywhere from £85,000 to £95,000 when it passes through the auction hall. It will go under the hammer on March 29, 2017, at the Imperial War Museum in Duxford.