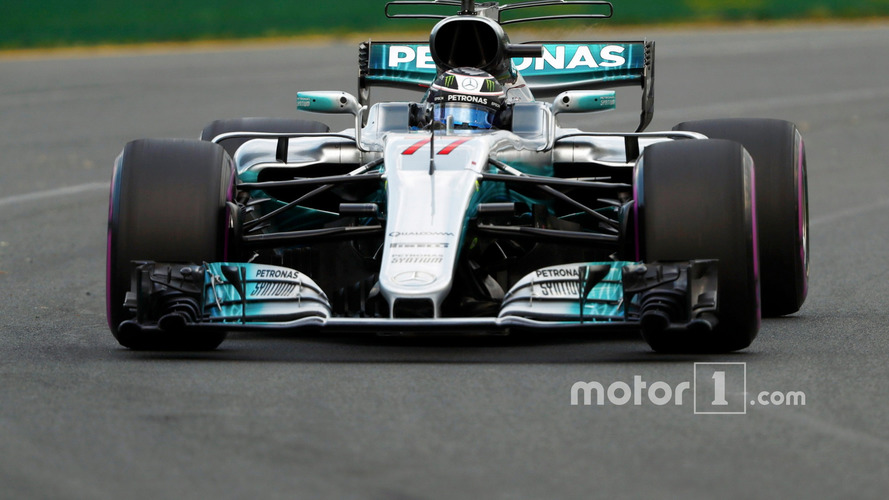 High-downforce cars were described as 'brutal' and 'monsters' during qualifying.

The unofficial Albert Park lap record was smashed, Sebastian Vettel beating his old benchmark – set by the German back in qualifying for the 2011 Australian Grand Prix – for the first time during free practice 3, before Lewis Hamilton decimated it with his 1:22.188 in qualifying.

But while this was shy of the much-touted five-second improvement over 2016 lap speeds, the cornering forces generated by the new cars still raised plenty of eyebrows in the paddock.

"You better not miss the turning point on some places. The speed we go through the corners is insane compared to the past. You need to be more precise, more accurate, more on it, and the body gets a pretty tough time into some corners."

Polesitter Hamilton, now holder of the fastest ever lap at the Albert Park circuit, echoed Grosjean's sentiments about the new cars being more fun to drive than the previous generation cars.

"It is incredible," he said. "It is the best I have ever experienced here. The grip is fantastic, the aero makes such a drastic difference. You can push deep into the corners, it is amazing.

"I've not had the car skating around on the low grip tyres we have had in the past, so [it is] very exciting to drive."

Williams driver Felipe Massa compared the cars to those from the 2008 season, adding that he was surprised times weren't even quicker compared to 2016.

"I really thought we would have been three seconds quicker," said the Brazilian. "I don't know; maybe the track is a bit slow. The car is a lot more fun to drive, more like 2008."

One side effect of the increased mid-corner speeds seems to be a 'lights out' effect at the limit, Lance Stroll, Daniel Ricciardo, and Jolyon Palmer among those to have been caught out by a sudden loss of grip so far this weekend.

According to Grosjean, the scope to slide the cars is very limited.

Max Verstappen, however, said it was the tyres making the cars difficult to catch in a slide.

"[The cars] are more stable through high speed corners," he said. "The only problem is when you lose it, it's more difficult to catch because of the wide tyres.

"It's difficult to get it back. That's the only thing. In general, when you keep it in the right track it is actually a lot more fun.

"Especially in qualifying when you go low fuel, they are really enjoyable to drive."