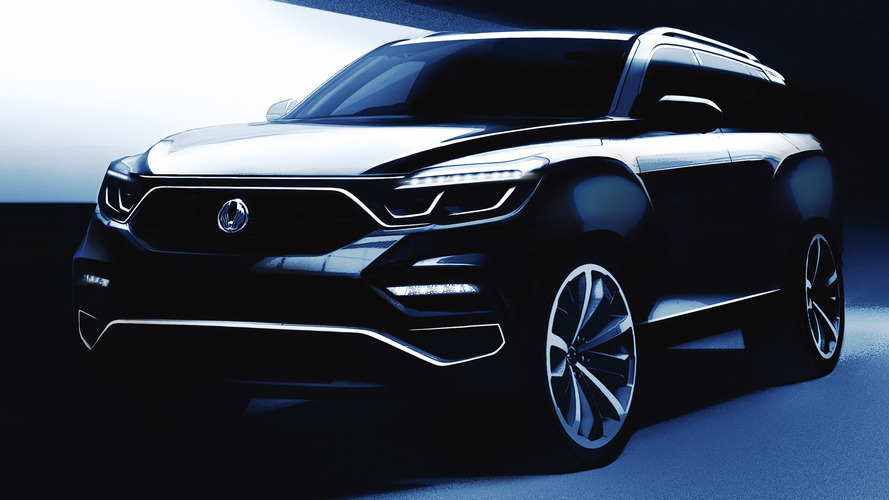 It will be the company's all-new upscale model.

SsangYong’s designs have rarely been what you would call attractive, but it seems things are looking up for the next-generation Rexton, teased here under the 'Y400' project name. Previewed at the 2016 Paris Motor Show by the LIV-2 concept pictured below, the new large SUV will serve as the company’s flagship model following its debut at home in South Korea next Thursday at the Seoul Motor Show.

The model’s improved styling might have something to do with the fact that parent company Mahindra & Mahindra acquired Pininfarina back in late 2015 for $28 million. It’s not known at this point whether the famous Italian design house had any input in the SUV’s styling, but we like what we are seeing so far on the outside. As for the cabin, it’s more straightforward, but does cater a certain segment of the market looking for a no-frills design with an emphasis on functionality.

SsangYong has also released some preliminary technical specifications by announcing the Rexton’s size: 4,850 mm long, 1,920 mm wide, 1,800 mm tall, and with a generous wheelbase stretching at 2,865 mm. Underneath the bonnet are going to be petrol and new 'clean-burning diesel' engines sending power to the rear wheels or to an all-wheel-drive layout.

Check out the LIV-2 concept:

The South Korean carmaker mentions the new large SUV is the first production car in the world to feature a Quad-Frame body structure using 1.5Gpa giga-steel (it says here). In addition, it’s going to boast improved body strength and a lower weight compared to its predecessor by making use of advanced high strength steel for nearly two-thirds of its construction.

Sales of the all-new Rexton are slated to kick off in its domestic market in the first half of 2017, with global markets to follow before the end of the year.

SSANGYONG TO UNVEIL FLAGSHIP SUV AT THE SEOUL MOTOR SHOW

The new car embodies the robust and dynamic SUV styling seen in the LIV-2 concept shown at the Paris motor show in September 2016, and blends drivability with high levels of safety. With a front mounted engine, rear-wheel drive and 4x4, Y400 will be a class-leading contender. It will offer excellent driving characteristics on and off-road, balanced weight distribution, great towing capability and NVH performance.

The car will go on sale in Korea during the first half of this year, and internationally before the end of 2017.