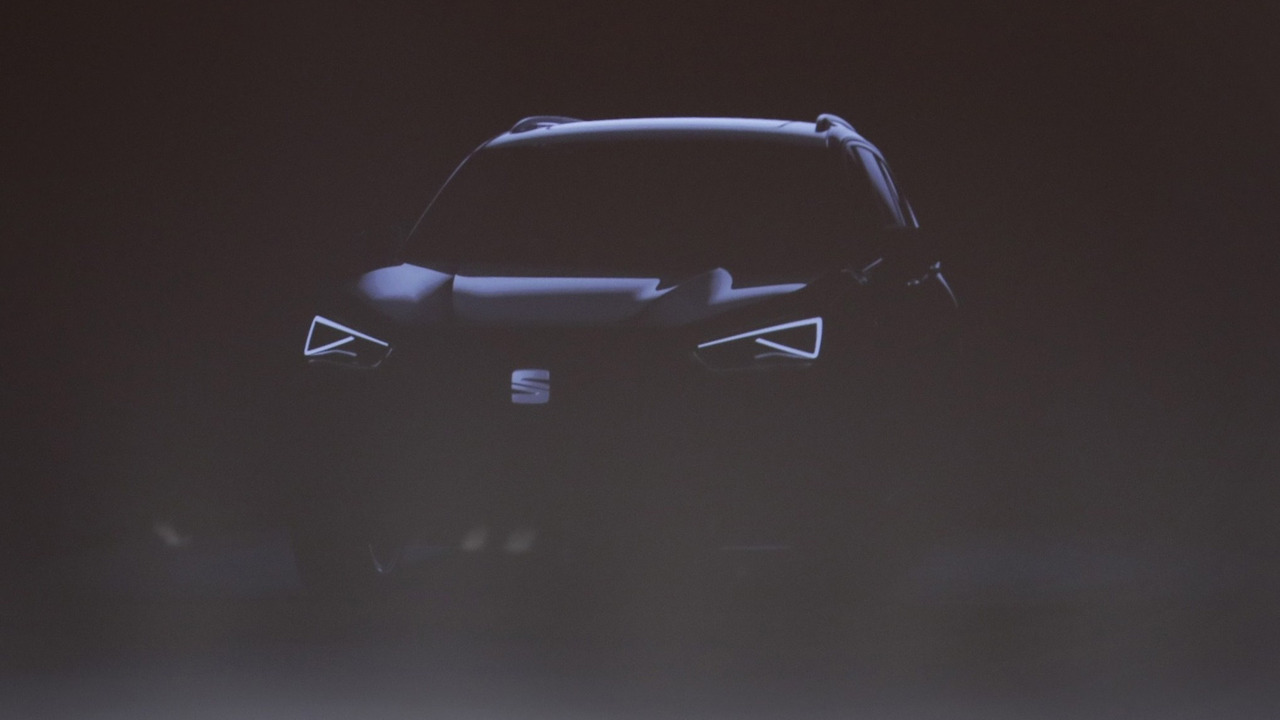 A Spanish take on the Czech Skoda Kodiaq set to be built in Germany.

Introduced in February 2016, the compact Ateca represents the very first SUV in SEAT’s history and will be followed before the end of this year by the subcompact, Ibiza-based Arona. In 2018, Martorell’s SUV portfolio will be extended with the addition of a third model destined to be offered in five- and seven-seat flavours.

Since the factory in Spain is running at full throttle, there isn’t any capacity available to add another model. That is why the new member of the family is actually going to be assembled by Volkswagen at its home in Wolfsburg, Germany.

The midsize model will serve as the brand’s flagship model and is going to have many things in common with the Skoda Kodiaq, but with an entirely different sheet metal. Yet another MQB-based product, the high-riding SEAT was previewed during the company’s annual conference via a series of teasers showing the exterior styling derived from the smaller Ateca.

Although it doesn’t have a name just yet, SEAT’s boss Luca de Meo did hint during the press conference the SUV will get its moniker from a city in Spain.

Technical specifications are not available at this point, but all we have to do is look at the Kodiaq’s specs sheet to get a very accurate image of what’s in tow for the new SEAT model. It will likely be available with both front- and all-wheel-drive layouts like its Czech counterpart. The four-cylinder turbocharged petrol and diesel engines are going to be hooked up to a six-speed manual gearbox or a DSG, depending on the type of powertrain.

It remains to be seen whether the Alhambra MPV will have a future in the company’s lineup following the launch of the midsize SUV. With more and more people deciding to ditch people carriers to go for SUVs, don’t be too surprised if the end is nigh for one of SEAT’s most popular nameplates.

SEAT will strengthen its SUV offensive with a third mode

The new SUV will be positioned one segment above the Ateca and will become SEAT’s flagship model The car, featuring 5 and 7-seater versions, will reach dealerships in 2018 It will be designed and developed in Barcelona and made in the Wolfsburg factory, in the heart of the Volkswagen Group.

Barcelona, 23/03/2017. - SEAT’s model line-up keeps getting bigger. The carmaker will reinforce the product offensive that began with the Ateca with the launch of a third SUV, which will become the flagship model of SEAT. This new SUV will be positioned one segment above the successful Ateca, feature 5 and 7-seater versions, and will reach dealerships in 2018.

Prior to that, in the second half of this year, SEAT will begin marketing the Arona, a compact crossover that will be manufactured in Martorell on the same platform as the Ibiza. The SUV announced today will be built at the Volkswagen plant in Wolfsburg, enabling improved synergies within the Group by maximising the MQB A2 platform which is already installed there.

SEAT President Luca de Meo expressed his satisfaction with the new SUV: “This car will bring new customers to us, will boost brand image and will have a very big effect on our ability to generate margins. It will be designed in Barcelona and made in Germany. Producing the new SUV in Wolfsburg, in the heart of the Group, will reinforce the ties between SEAT and Volkswagen”....