2018 VW Touareg Spotted Without Any Camouflage 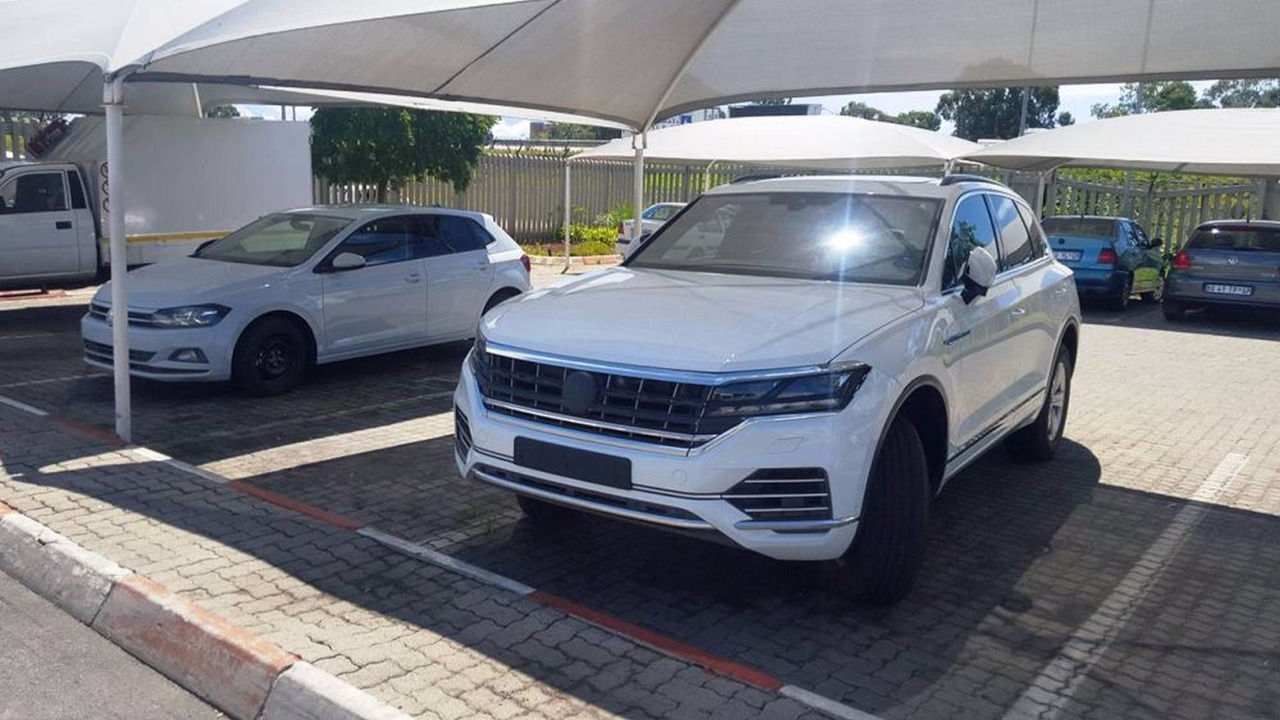 VW's posh SUV will get an Arteon-like front end.

Caught on camera sitting next to that undisguised 2017 Polo, Volkswagen’s third iteration of its Touareg luxury midsize SUV also does not seem to be wearing any camo. When this happens, it usually means an official reveal is right around the corner, so won’t be too long until Wolfsburg will host the world premiere of the all-new Touareg.

The camo-free prototype was photographed at the O.R. Tambo International Airport in Johannesburg, South Africa showing its neat front end, which although brand new, somehow still looks familiar. The reason for that is the Touareg’s front end styling will have many things in common with the recently introduced Arteon fastback, especially the connection between the headlights and the grille.

We already had an idea about the SUV’s styling, as VW previewed the next-gen Touareg almost a year ago with the T-Prime Concept GTE, much like the Arteon followed the Sport Coupe Concept GTE. This new face will likely be implemented in the years to come on many other models, but it seems the Polo supermini won’t be one of them. It might be reserved only for the bigger cars in the company's extensive portfolio.

As far as the oily bits are concerned, the new Touareg will ride on an adaptation of the VW Group’s MLB Evo, also used by the Audi Q7, Bentley Bentayga and, in the near future, by the Lamborghini Urus plus the next Porsche Cayenne. It’s likely going to be a tad bigger now that VW has the seven-seat Tiguan in its lineup, but even so, weight should drop considerably thanks to the new underpinnings.

The Touareg is not the only new VW SUV currently being prepared for a 2017 launch: also on the way is the production-ready T-Roc compact model and a B-segment crossover based on the new Polo.