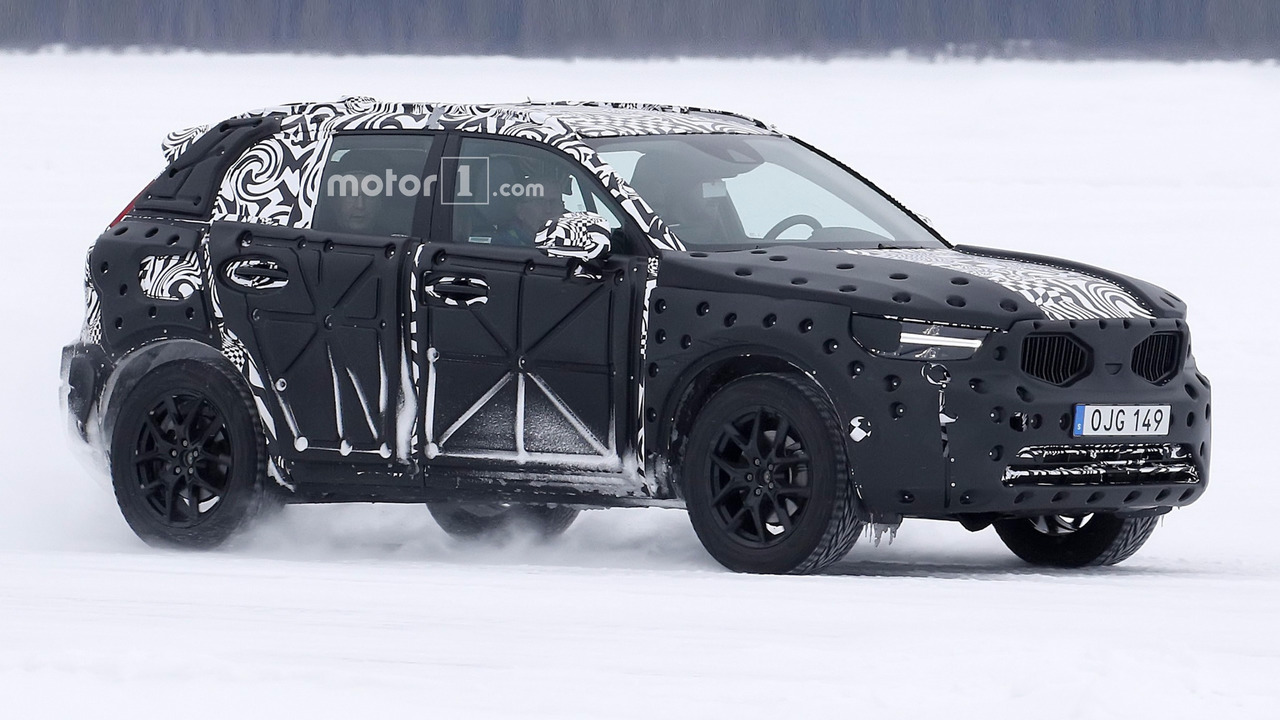 Introduced in the second half of 2014, the second-generation XC90 heralded Volvo’s beautiful new design language, which was downsized a couple of weeks ago with the official unveiling of the all-new XC60 at the Geneva Motor Show. In the months to come, it’s going to be scaled down further, with the first-ever XC40 spotted yet again by the spy camera.

While the prototype caught testing in northern Europe had a thick amount of camo, we already have an idea of how it's going to look – the Geely-owned company previously previewed its smallest crossover with the 40.1 concept. But the XC40 won’t be a carbon copy of the concept, as there are already significant changes noticeable despite the disguise. The very wide C-pillar is gone, for example: although it might have looked nice on the concept, perhaps it's good news that it has been changed given the effect it would have had on visibility.

Another visible modification is the adoption of conventional side mirrors instead of the concept’s cameras, which right now are only legal on a production car in Japan. The automatically retractable handles of the front doors are also gone, while the ones at the back are now in their regular spot rather than sitting up high next to that thick C-pillar.

Volvo is using the XC40 to premiere its new Compact Modular Architecture (CMA) and to serve as foundation for another compact crossover – new Geely subsidiary Lynk & Co's upcoming '01' model, which has already been revealed in concept form.

The cream of the crop in terms of powertrains will likely be a T5 Twin Engine setup pairing a turbocharged three-cylinder 1.5-litre petrol engine with an electric motor. Expect the combined hybrid output to stand at around 180 horsepower and an all-electric range of approximately 31 miles thanks to the lithium-ion battery pack.

Volvo will host the world premiere of the XC40 this fall, so sales of the X1/Q3/GLC rival should kick off by the year’s end or early 2018.