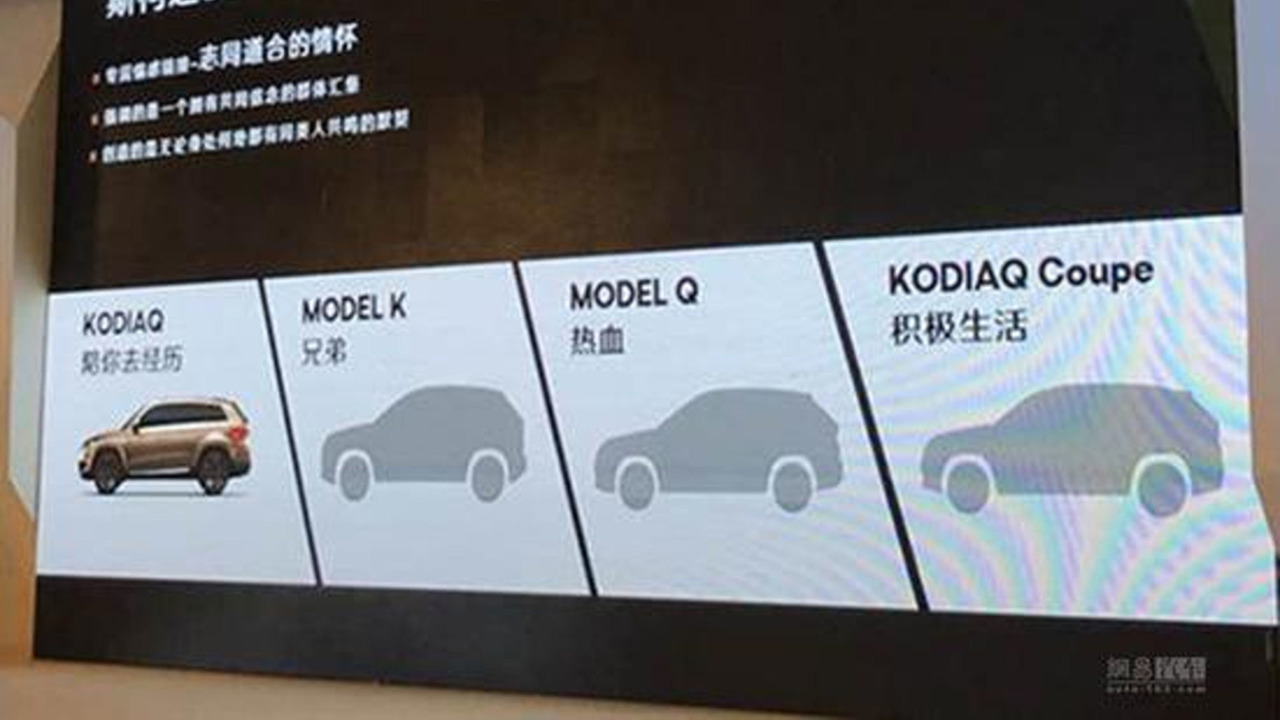 One of them is likely the second-gen Yeti, the other is possibly a smaller model.

A couple of interesting slideshows have emerged from China showing Skoda’s plans to bolster its SUV portfolio with a strong four-model lineup. One of them has already been revealed: the seven-seat Kodiaq. It seems the model will eventually receive the 'coupe' treatment, so expect the roofline to be more raked towards the rear end. That’ll eat into the rear headroom and will impact on boot capacity. It shouldn’t be much of an issue, though, considering the Kodiaq is huge on the inside.

We already have an idea about the identity of the other two cars: the 'Model Q' and 'Model “K'. The former is expected to be a second-generation Yeti (speculatively rendered above), set to grow in size to become a true compact crossover. We have it on good authority that in Europe (at least), the all-new Yeti will be unveiled in the second half of the year and will likely receive its premiere at the Frankfurt Motor Show in September, before going on sale towards the end of 2017.

As for the Model K, it might be a new subcompact crossover based on the outgoing Yeti. However, we won’t be too surprised if this small high-riding model will be loosely based on the latest-generation Fabia supermini – or even a full MQB product related to the SEAT Arona and VW’s Polo-based crossover.

It will be interesting to see whether the Kodiaq Coupe and the Model K will be China-only models or if Skoda is going to sell the two all over the world.

These four cars are all set to arrive in the People’s Republic by 2019 and are going to be produced locally at the Shanghai-Volkswagen joint venture. Besides this quartet of models, there’s an off chance Skoda will slap its badge onto the VW Atlas sold in China as the Teramont, but that is a little less likely: after all, it would clash with the regular Kodiaq.