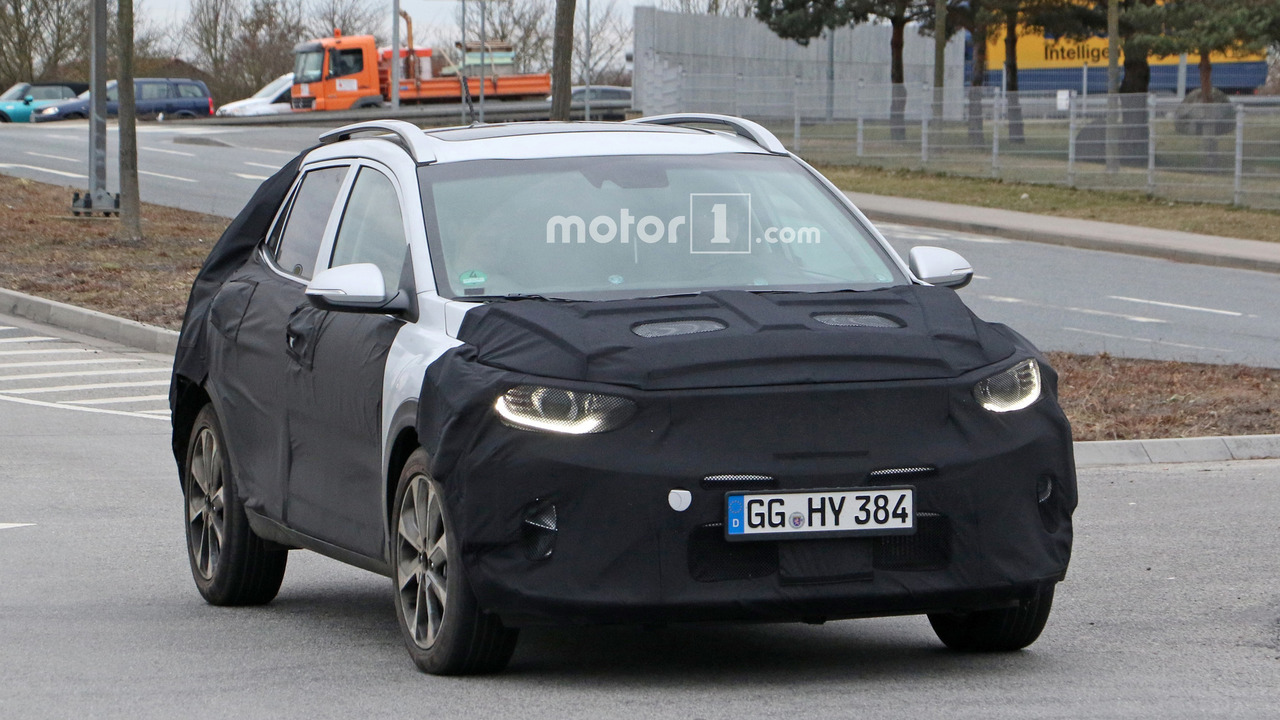 A new batch of spy photos shows Kia’s upcoming compact crossover, reportedly called the Stonic, under development in a German city instead of the winter testing like in previous pictures. The latest test mule wears a little less camouflage, so this is our best look yet at the upcoming Nissan Juke rival.

In these pics, Kia’s development engineers no longer bother completely wrapping the body in camouflage. Now, fabric covers the large panels, but it exposes part of the fenders, pillars, and roof. The compact crossover reportedly takes design cues from 2013’s Provo concept, and we can see a little evidence of that model’s smooth front end on this test mule. The raked rear hatch might give the CUV a more stylish appearance, too.

Spy photos also show Hyundai developing a compact crossover on the same platform. However, its front end has split headlights and a mesh grille. In profile, the two vehicles look surprisingly similar, though.

Kia doesn’t have too much time left to develop this little CUV because the company intends to debut it sometime in 2017. According to a company exec in Australia, the automaker plans to market the model against the stylish Mazda CX-3.

There are no official powertrain details about either of the little CUVs from Kia or Hyundai yet. We expect it to be available with a range of small-displacement turbocharged engines. Front-wheel drive would be standard, but all-wheel drive could be an option, too.

The Frankfurt Motor Show in September would be a likely place for Kia to unveil the compact crossover. The Los Angeles Auto Show in December is a possible place for its debut in the United States.