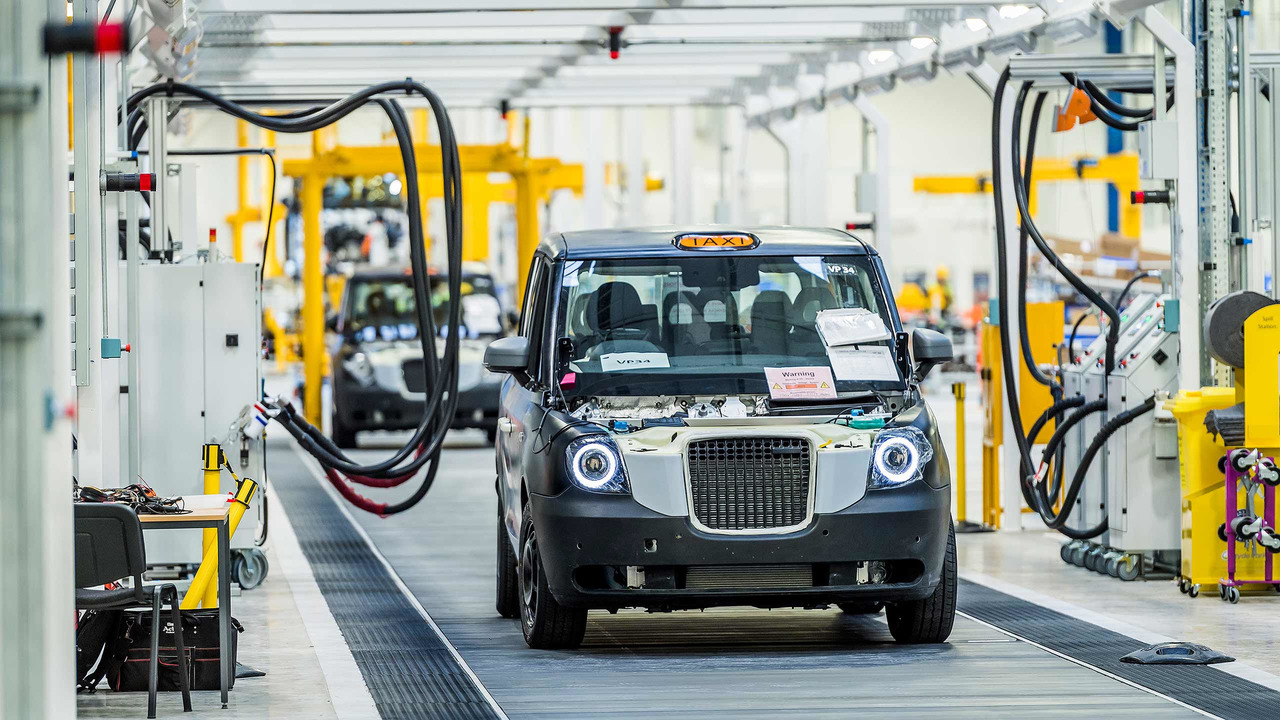 Britain’s first dedicated range-extended electric car plant has opened today in Coventry – and the £300 million facility is going to build a new range of green cabs from the London Taxi Company (LTC). More than 1000 high-skill jobs have been created by the facility, which is going to export PHEV cabs all around the world.

LTC is owned by Chinese car making giant Geely, the firm that also owns Volvo. The factory will manufacture the world’s first purpose-built mass-market electric taxi, in volumes of more than 20,000 a year. London will be the first city to get it, in winter 2017, before the rest of the world follows in early 2018.

The firm says the new model will be “highly competitive” and will boast running costs “substantially lower” than its previous diesel-engine models – many of which are still doing daily business in and around London.

It will use Volvo electric car systems – similar to those already seen in the Volvo XC90 T8 Twin Engine – and is constructed around a flexible, lightweight EV architecture. Once the next-generation London cab has launched, more models will be rolled out based on this architecture.

Carl-Peter Forster, chairman of the London Taxi Company, said: “The opening of our new plant sets a number of records; it’s the first brand new automotive manufacturing facility in Britain for over a decade; the first dedicated electric vehicle factory in the UK; and the first major Chinese investment in UK automotive. We have firmly put our stake in the ground as a new, global, automotive leader in urban commercial vehicles.”

The new London Taxi will meet strict new legislation that demands all new models must be zero emissions capable; they should have a minimum 30-mile EV range and emit no more than 50g/km CO2. The rules also dictate that the range-extending engines should be petrol, not diesel. Grants of up to £7500 are being offered by Transport for London and the UK government to help cabbies make the switch.

And to reassure taxi drivers keen to be early adopters, the new cab has undergone the company’s most extensive test programme ever, with almost 500,000 miles covered in all conditions – including extreme winter weather. The firm’s promising “the highest levels of quality, reliability and usability” in demanding daily drive cycles.

Greg Clark MP, Secretary of State for business, energy and industrial strategy, helped inaugurate the plant. “Our iconic black cabs are famous across the world,” he said. “The London Taxi Company’s impressive new factory and R&D facility showcases the innovation that makes the UK a world leader in the development of new automotive technologies.