New TVR revealed behind closed doors ahead of September debut 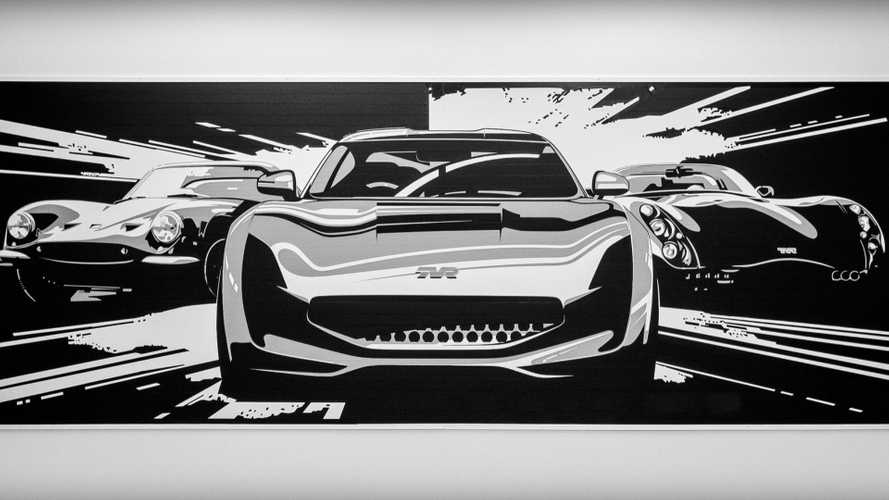 Those who placed a deposit have now seen the new V8 TVR coupe.

Reborn TVR sports car manufacturer has been teasing its new model for more than a year now, but we still have several months to wait before the final design is fully revealed. However, those who have placed a deposit on the new TVR, rumoured to bring back the iconic 'Griffith' name, recently got to see the new car well before the rest of us.

Ahead of its full debut in September, the car was shown behind closed doors and those fortunate enough to attend the private event also had the opportunity to learn about the juicy technical specs. At the time of writing, we know the new rear-wheel-drive sports car will be powered by a front-mounted V8 engine developed by Cosworth generating in excess of 400 hp.

The retro-flavored coupe is going to tip the scales at around 1,200 kg and will need less than four seconds to hit 60 mph en route to a top speed of 200 mph.

Should you be interested in getting your hands on the new-era TVR sports car, the limited-run Launch Edition is said to cost under £90,000. If that sounds too much, the 'regular' model will come at a more attainable price tag.

Because TVR’s new factory in Wales won’t be up and running until next year, customer deliveries are not slated to commence until probably late 2018 / early 2019. Despite the very long waiting time, the revived automaker already had almost 400 deposits by early 2016, even before presenting the car at private events and disclosing all the details. That number has almost certainly grown further since then, now TVR has actually something to showcase and lure in prospect buyers.

Since the coupe is pinned for a September premiere, we might see it at the Frankfurt Motor Show the same month. A convertible derivative is in the works and will be launched at a later date.