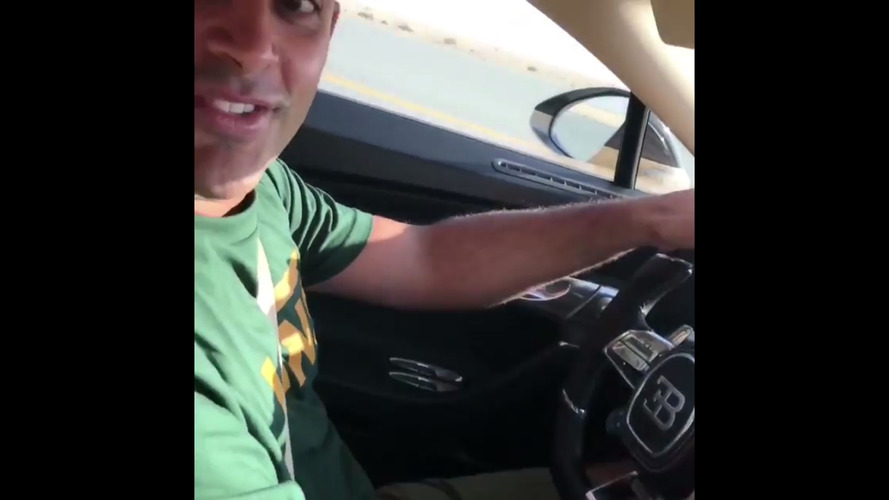 A closed stretch of asphalt is the perfect opportunity to put the pedal down in the Bugatti Chiron.

Reading that the Bugatti Chiron can do 0-62mph in under 2.5 seconds and go on to an electronically limited top speed of 261 mph certainly sounds impressive, but those numbers take on a new meaning when you can actually see what that level of performance means. Let Chris Harris show you in this clip from the passenger seat when he mashes the throttle on a closed stretch of tarmac.

The Chiron never appears to stop pulling. As Harris bangs through the seven-speed dual-clutch gearbox, the speedometer never seems to dip or even slow its ascent around the dial. The image gets shaky towards the end of the run, but by then, he's already travelling at 155mph.

The performance appears in line with Bugatti’s official specs. According to the hypercar maker, the Chiron gets to 124 mph in less than 6.5 seconds and reaches 186 mph in under 13.6 seconds.

Harris is driving the Chiron for a segment on Top Gear. We look forward to hearing his impressions of the hypercar.

The Chiron is a powerhouse by any measure. Its 8.0-litre quad-turbo W16 engine produces 1,479 horsepower and 1,181 pound-feet of torque.  Rumours indicate that the Chiron might be capable of over 280 mph without the speed limiter, and some reports suggest the figure could be as high as 288 mph. Bugatti intends to prove how fast the hypercar can go in 2018 with a run at the Ehra-Lessien test track.

Bugatti recently reported that it received the 250th order for the Chiron, which means that half the production run had reserved buyers. Most of those folks allegedly bought one without even bothering with a test drive. So far, 37 percent of clients have been from Europe; folks in North America have accounted for 30 percent of the cars, and customers in the Middle East have ordered 26 percent of them.