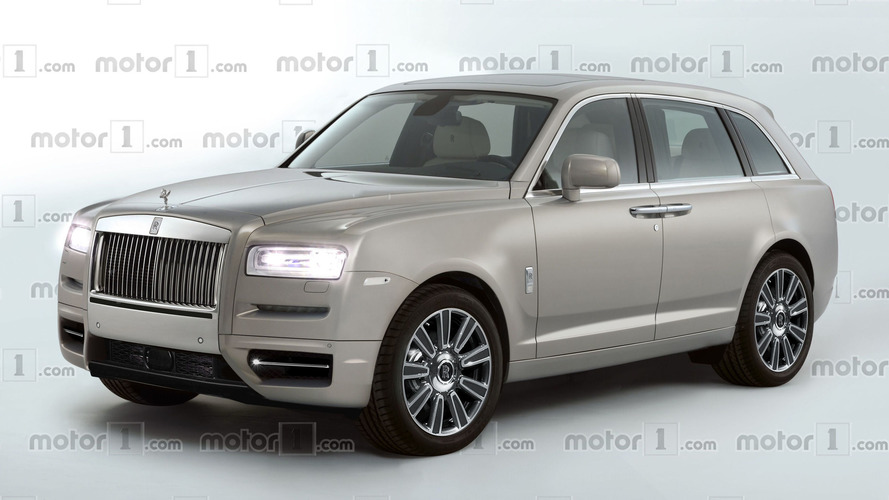 Just don't call it an SUV. Rolls doesn't like that.

The “high-bodied car”, as Rolls-Royce insists on calling it, won’t be out until sometime next year, but this rendering imagines how it may look. The speculative design exercise is based on the most recent spy shots of the Cullinan and tries to imagine what was hiding beneath all the camouflage. We already have an idea of the likely appearance, after the company’s chief designer, Giles Taylor, told us “it will combine the luxury elements from the Phantom with true 4x4 capabilities.”

If you’re wondering about the size of the don’t-call-it-an-SUV, Rolls-Royce has revealed it will have roughly the same length as the Wraith, so it will be shorter than the Phantom from where it will take its design inspiration. The signature coach doors have already been spotted on the disguised prototypes, so we know for sure these will be there on the production car.

Set to go up against the opulent Bentley Bentayga, the Cullinan will benefit from a newly developed “architecture of luxury,” as described by the firm’s boss, Torsten Müller-Ötvös. Some of the hardware will be shared with the CLAR-based BMW X7, yet another luxobarge on our way, but with a more attainable price tag.

Speaking of other models, Rolls-Royce is confident it does not have any competitors in the car industry, so the Bentayga, Range Rover SVAutobiography, and the like are not being considered as rivals. Power will come from an evolution of the Phantom’s silky-smooth V12 engine, while plans for a diesel have been scrapped as per a report coming from Autocar. The same source reveals a plug-in hybrid is being considered, but it’s too early to know for sure whether it will cut the mustard.

Keep in mind 'Cullinan' is a codename, so don’t be surprised if the production model wears a different badge when it will arrive in 2018. In the meantime, more and more spy shots should arrive in the months to come. Hopefully, Rolls-Royce will go easy on the camo and allow us to see more of the design.