2018 Volkswagen Polo to debut at Frankfurt in September 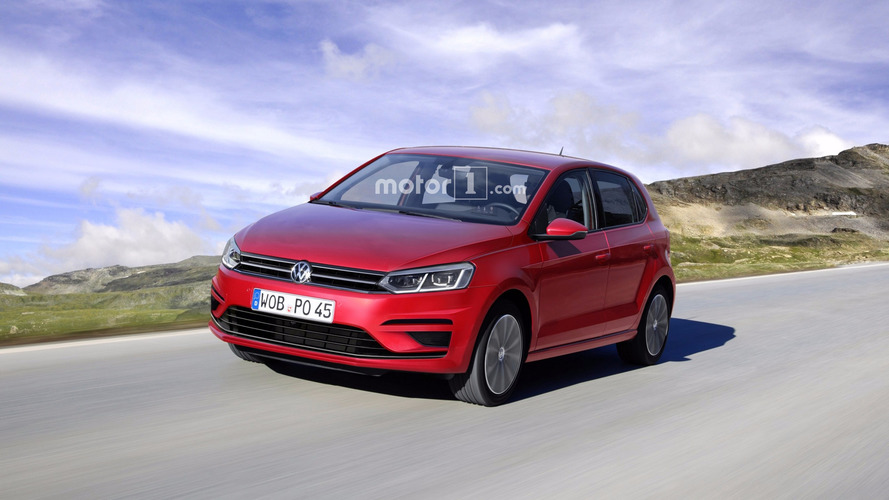 A new platform reduces weight, but occupants should have more room inside.

Volkswagen will debut the next-gen Polo in a few months at the Frankfurt Motor Show. The new supermini will have fewer engine options than the current model, but there will be a lot more tech available inside, according to Autocar.

Over time, VW will roll out 12 powertrain options for the Polo, rather than the current 14. The still-broad lineup will include a variety of three- and four-cylinder powerplants, plus a hybrid option. According to Autocar, the next Polo GTI (spied below) uses a 2.0-litre turbocharged four-cylinder, which should make it an interesting competitor against the new Ford Fiesta ST with a 1.5-litre turbo three-cylinder.

According to Autocar, VW doesn’t plan to offer the Polo as an EV. Which makes sense. The planned hybrid would grab buyers wanting an electrified drivetrain from the Polo. Plus, the production version of VW’s I.D. concept is due in 2020, and it uses on a dedicated platform just for EVs.

VW will replace the existing Polo’s ageing underpinnings with the same smaller version of the MQB platform under the latest Seat Ibiza. The more modern chassis lets the company grow the model’s footprint, improving cabin space while simultaneously making the vehicle lighter.

Renders (like the one above) and spy shots indicate that the Polo doesn’t have revolutionary styling updates that match the major chassis revisions. The model probably borrows cues from the rather conservative styling of the latest Golf. If you want something a little more aggressive, the GTI variant should have a meaner appearance when it arrives sometime after the standard vehicle’s launch.

Inside, the latest features from more expensive VW’s will trickle down to the Polo. According to Autocar, the options list should include a digital instrument cluster, next-gen infotainment, and advanced driver assistance tech.

The Polo lineup will also expand with a crossover variant. Spy shots suggest that it looks like a higher riding version of the hatchback. Where the standard model might not be available with all-wheel drive, VW could offer it on the SUV.