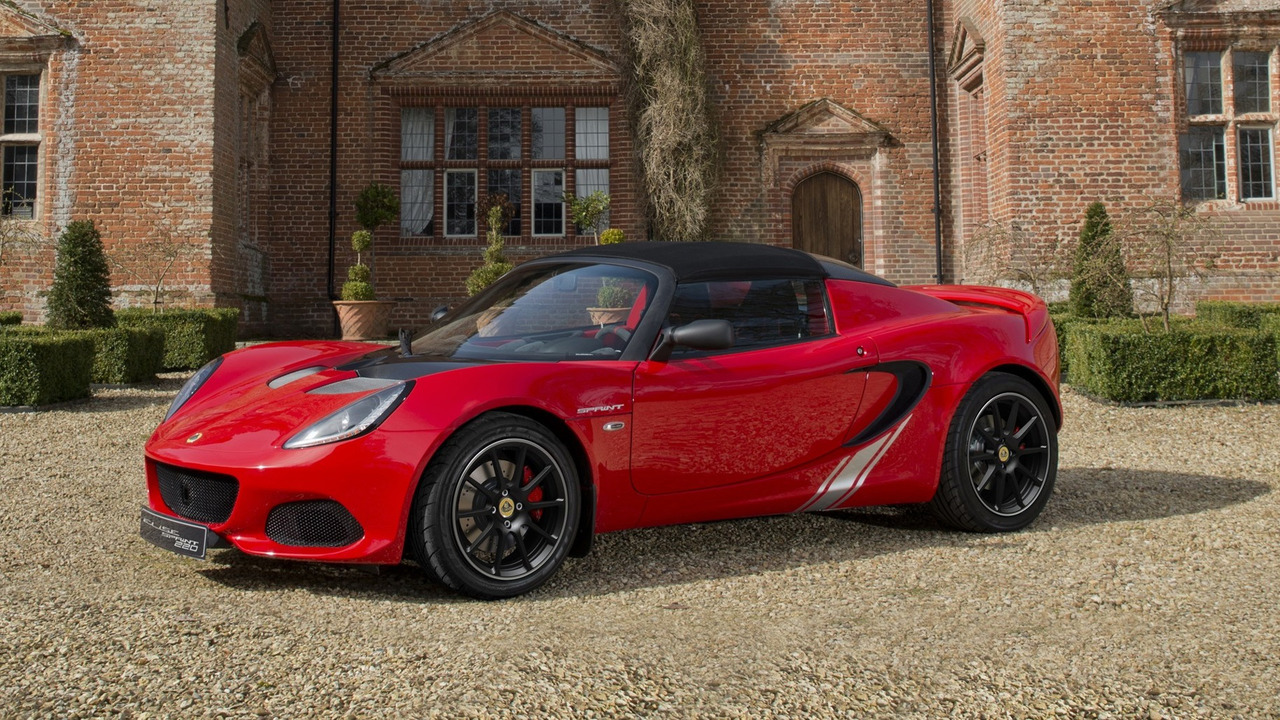 Weight has been removed and a famous model name revived. Colin Chapman would be proud.

Just add lightness, said Lotus founder Colin Chapman. With the new Elise Sprint, the Hethel sports car firm has done just that – by adding a range of ultra-lightweight components that take the dry weight down to just 798kg. Not since the launch of the Elise more than two decades ago has so much weight been taken out of the car in one go.

The Sprint edition uses a new range of carbon fibre components, in conjunction with an exotic battery and alloy wheels, to chop the weight of the model by 26kg – but other upgrades that will be fitted to all Elise take a further 10kg out of the car’s mass, to dip the weight below the magic 800kg mark.

For the Elise Sprint, 9kg is saved by using a lithium ion battery, and 5kg is cut by a set of forged alloy wheels. Carbon fibre race seats save 6kg, and a carbon access panel and roll hoop plus polycarbonate rear screen take another 6kg out of it. Meanwhile, all Elise (that’s base Sport and potent Cup 250) get an 8.7kg lighter front clam panel, a 0.3kg saving from taking the quad rear lights down to two roundels, and a 1kg lighter open-gate manual gearshift, which also so happens to look gorgeous.

The Elise range has been given a bit of a facelift front and rear, which the Sprint takes up a notch with black detailing and wheels (wearing gorgeous metal spun rims), stripes on the side and Sprint badging outside and in. All Elise get new instruments, new trim options and even a new colour choice called Electric Light blue.

The Elise Sprint is offered with the regular 134hp 1.6-litre engine, or the 217hp supercharged 1.8-litre. The cut in weight helps even the basic Sprint do 0-60mph in 5.9 seconds; the Sprint 220 does it in 4.1 seconds. Respective power to weight ratios are 168hp per tonne and a healthy 217hp per tonne… apparently, the supercharged engine has also been revised to make it "the best-sounding 4-cylinder car on the market".

Lotus CEO Jean-Marc Gales once again cannot hide his enthusiasm when speaking of the new Elise Sprint. “An agile, lightweight sports car does not weigh just over a tonne. It should weigh substantially less, and it is a fantastic achievement from Lotus in ensuring that the fully approved new Elise now dips under the 800kg barrier.

“As we say at Hethel: less weight equals more Lotus.”