Could the first Renault Zoe RS hot hatch EV look like this? 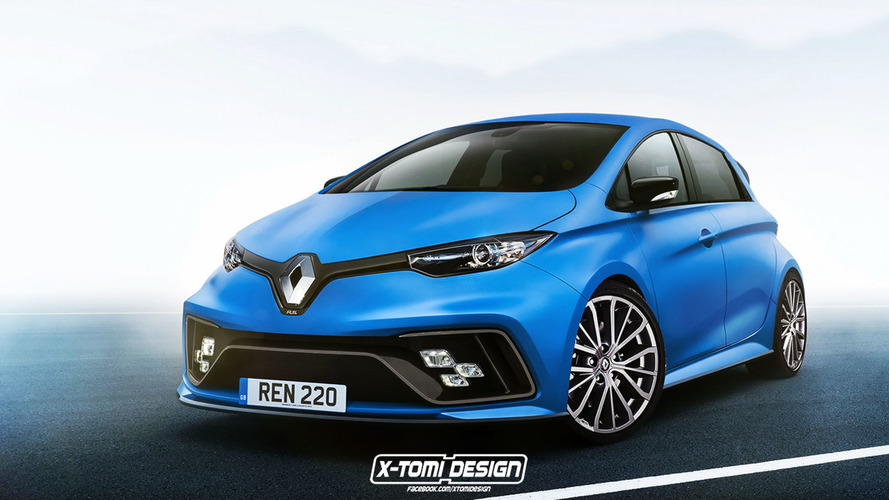 It's closer to reality, but that reality is still far away.

Renault managed to shock us in the best possible way earlier this month at the Geneva Motor Show where it brought the over-the-top Zoe E-Sport Concept. It’s highly unlikely the company’s go-faster Renaultsport division will actually come up with a production version in the foreseeable future, but even so X-Tomi Design has decided to imagine the impossible.

Meet the Zoe RS, a more down to earth interpretation of the conceptual hyperhatch without the side intakes on the front fenders and rear doors. The front bumper has also been redesigned and it now has the chequered flag motif for the LED front lights borrowed from the Clio RS. If the alloy wheels seem familiar, it’s because these have also been sourced from the supermini.

While the chances of seeing the RS badge on the Zoe are slim at this point, perhaps it will happen in the model’s next generation. Slated to arrive some years from now, the all-new car will share its platform with the Nissan Leaf and the two models will compete in the same segment. It’s not known at this point whether the Zoe will grow to match the Leaf’s size or it is going to be the other way around, with Nissan’s EV to downsize. Chances are it’s the Zoe that will be upsized.

Find out about the latest Zoe version:

Certainly the Zoe E-Sport Concept / RS is only a hot hatch dream for now, but Renault has already admitted it’s toying around with the idea of hybridization for extra boost. Not only that, but RS boss Patrice Ratti said some time ago in an interview that hot EVs will eventually happen. However, battery tech needs to evolve first because a performance-oriented model requires more energy and as such it needs a bigger battery. Installing large and heavy packs right now increases the car’s weight and as a consequence it hampers performance. That is why batteries need to slim down and still offer plenty of range before these will be suitable for a Renaultsport model.