It appears to be slightly wider and longer, so expect a roomier cabin.

Yet another prototype of the all-new Ford Focus has been caught on camera cold-weather testing in northern Europe. The fourth generation of the Blue Oval’s family hatch is wearing multiple layers of camouflage to hide what seems to be the production body, although the simple taillight clusters are provisional.

Despite the heavy disguise, we can already observe the Focus IV is a tad longer and wider than the outgoing model, which has been around for more than six years. A significant difference between the two is noticeable at the side profile where the fixed glass part has been integrated in the rear doors whereas on the current Focus it sits after the doors. Here is a side by side photo comparison to better understand what we’re talking about. 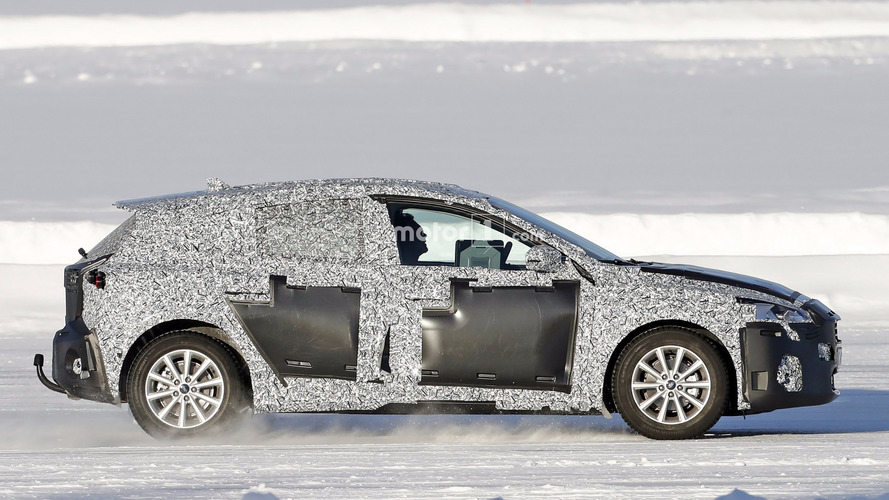 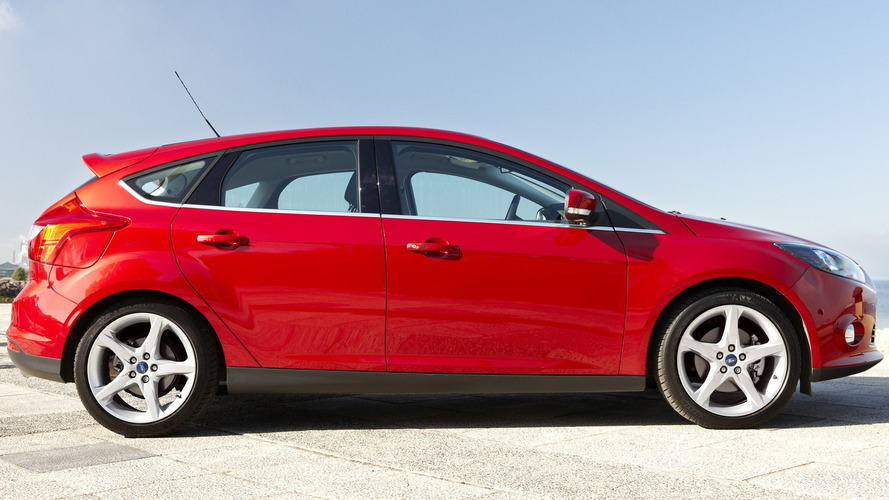 Ford has already promised to give the new Focus the “sleek look of a coupe,” but at this point the roofline does not seem to be significantly more coupe-like than the Focus III. At the front, the partially exposed headlights are sending out a 2017 Fiesta vibe, while the wide grille is already visible.

Thanks to an increased footprint, the next-gen Ford Focus should prove to be significantly more spacious on the inside by boosting rear legroom and increasing the boot capacity. These are two areas where today's model falls short compared to some of its segment rivals. Aside from freeing up more space in the cabin, Ford will also fit the car with additional technology by giving buyers the option to select a head-up display as seen on a recent prototype.

We are not expecting any revolutions underneath the bonnet as the 2018 Focus will likely have updated versions of the EcoBoost petrol and TDCi diesel engines. Plug-in hybrid and full-electric versions are expected to be launched at some point after the regular model’s debut. Ford may decide to spice up the range by giving the new model a rugged crossover-like Active derivative with extra plastic body cladding and a jacked-up suspension.

Ford hasn’t said a word about the Focus’ official debut, but it might occur before the end of the year ahead of a sales start early 2018. The hatchback will be out first, with the estate to be introduced shortly thereafter. A warm ST and a range-topping RS will eventually be out as well to complete the family.