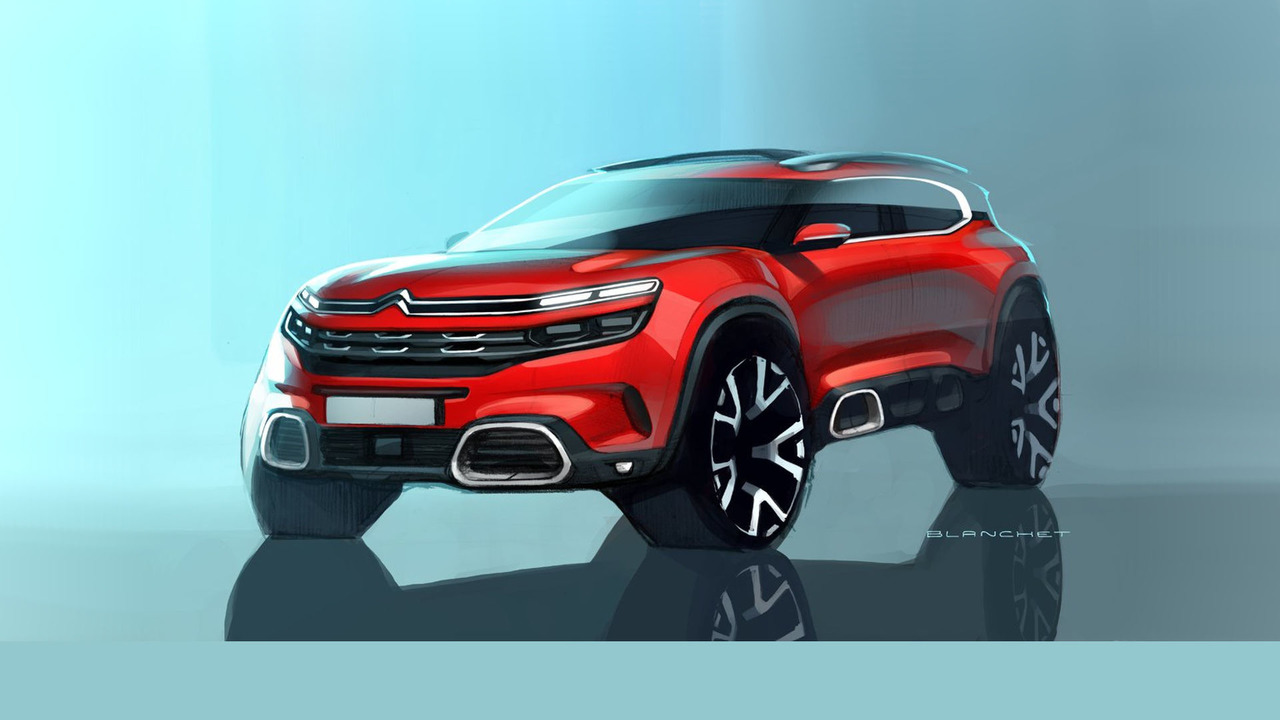 The production version appears to be nearly identical to the 2015 concept.

Citroën is a manufacturer we can always count on for some interesting styles. If the C5 Aircross photos teased on Twitter by Citroën CEO Linda Jackson are any indication, the manufacturer’s forthcoming compact crossover should be, well, interesting.

According to Autocar, the production form of the new C5 Aircross will debut next month at the Shanghai Motor Show. If the renderings are indeed true to form, the Aircross borrows heavily from the Aircross Concept which did the motor show circuit back in 2015, right down to a new take on the Citroen Airbump. Supposedly they are designed to deflect errant doors from dinging the side. Being mounted so low, however, it’s hard to see them being effective enough to warrant their existence.

In any case, aside from some very minor differences in the front bumper and side mirrors, the teaser sketches look pretty much spot on with the Aircross Concept. To refresh your memory, that was a five-door hatch with rear suicide doors, sized to notch above the Cactus in Citroën’s lineup. It rode on 22-inch wheels and featured a plug-in electric hybrid powertrain that produced a total of 313 horsepower, so whatever you might say about the styling, it certainly had guts.

When the concept was on tour, Citroën mentioned it was a look into the future of new models and designs for the manufacturer. Considering the previous C5 was a conservatively styled saloon that was dropped due to positively abysmal sales, going bold with the new C5 Aircross might actually be a big win for Citroën.

The new C5 Aircross will go on sale across Europe with deliveries beginning in 2018.