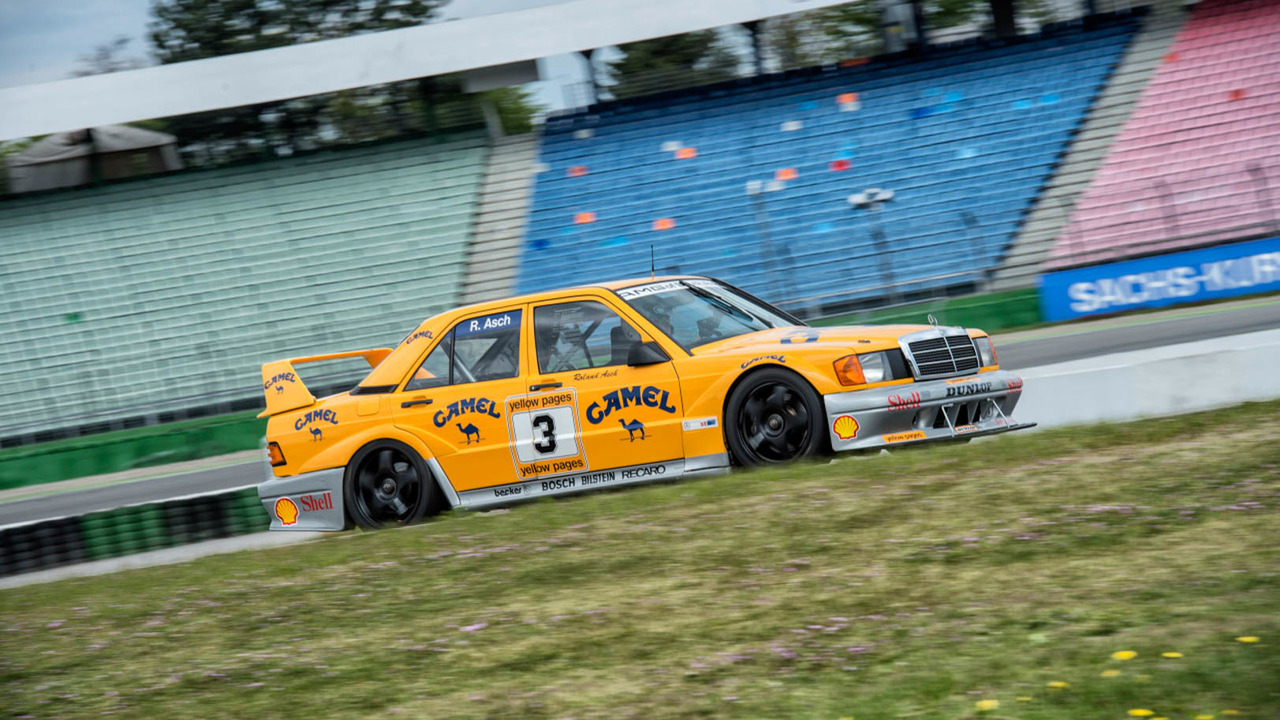 Trackdays are nothing new, and if you’re very rich you can even hire a track for yourself and race around in your very expensive Italian supercars all day long. However, a more original thing to do would be to drive around a world famous European race circuit and, possibly, get to experience a full-on touring car from the 1990s.

There is one catch, though. Anything you choose to bring to the circuit must wear a Mercedes badge, as this three-event series is being organised by that particular German carmaker. Still, in a refreshingly un-German way, you can bring anything you want, which makes the prospect of humble A-Class family hatchbacks trundling around Hockenheim alongside the occasional AMG GT and E63 AMG all the more enticing.

This is the second year Mercedes is rolling out its classic trackdays experience, and during the course of 2017 it will be pitching up at the aforementioned Hockenheim, plus Zolder in Belgium and back in the homeland at Oschersleben on 30 March, 3 August and 19 September respectively.

The added carrot, if you really needed one, is the prospect of checking out a Mercedes star from the past: the company’s 1990s era 190 E 2.5-16 Evolution II from its German Touring Car days. Made famous for its big wing and dominance of the championship, it’s one of the most successful cars of the fabled DTM.

Organised by Jörg van Ommen, a DTM legend in his own right, there’s every reason to believe that these particular trackdays will be a little bit special. That’s certainly the case when you learn that three former track stars from the DTM will also be making an appearance - Ellen Lohr, Roland Asch or Kurt Thiim - which should make being passed on the straights by a much faster AMG-badged car easy to swallow.

And unlike most trackdays the Mercedes classic-fest appears to be refreshingly relaxed. The usual safety precautions aside, each event offers an open pitlane for all-day driving, bookable track slots, “quality” catering and a family-friendly atmosphere. Try replicating that at a windy Snetterton in February.