The company doesn't want us to see the steeply raked rear glass, but the camo can't hide everything.

New spy photographs are providing a fresh look at the upcoming Fastback body style of the Hyundai i30 that joins the existing five-door and wagon in the near future. The sportier-look model still has a lot of camouflage, but these pics provide a slightly better opportunity to see the tweaks for the running lights.

A Hyundai product presentation confirmed the i30 Fastback’s arrival in early 2018. The company’s camouflage conceals the raked rear end, but the previous line drawing suggests the vehicle has an aerodynamic liftback tail. It looks to be the most stylish member of the i30 model family, but the five-door layout should still provide decent practicality. Up front, these photos show outward-angled LED running lights that contribute to a sharper appearance for the nose. 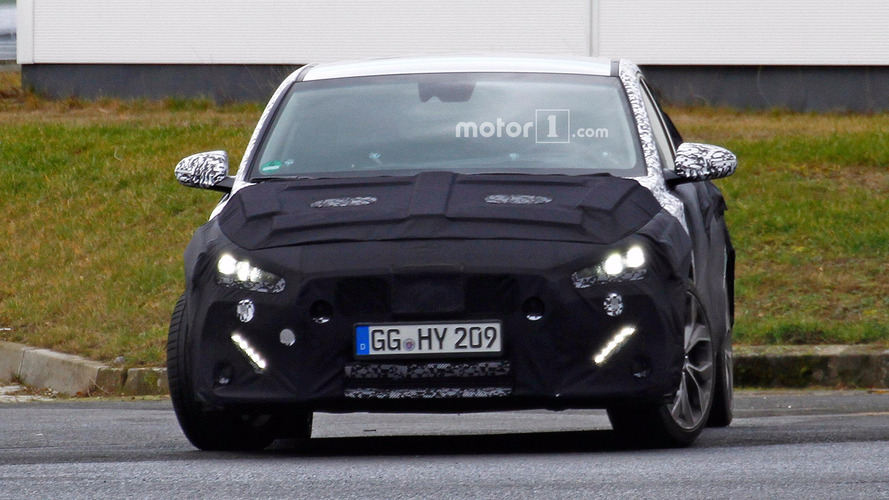 Similarly, Hyundai probably doesn’t have major changes for the Fastback’s cabin, either. 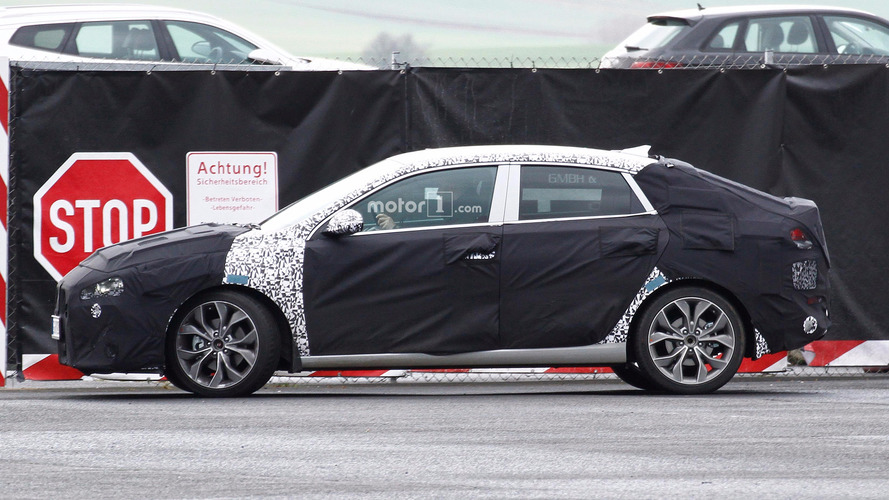 Since Hyundai has already confirmed the Fastback’s debut in early 2018, it's likely premiere the model at a motor show in Europe before the end of 2017. Frankfurt, perhaps?

Before the i30 Fastback arrives, Hyundai’s product outline indicates that the i30 N hot hatch should debut in the second half of 2017. The base version uses a turbocharged 2.0-litre four-cylinder with 250 horsepower, paired with either a six-speed manual or eight-speed automatic. A higher performance trim would make 275 hp and come with an electronically controlled limited-slip differential.