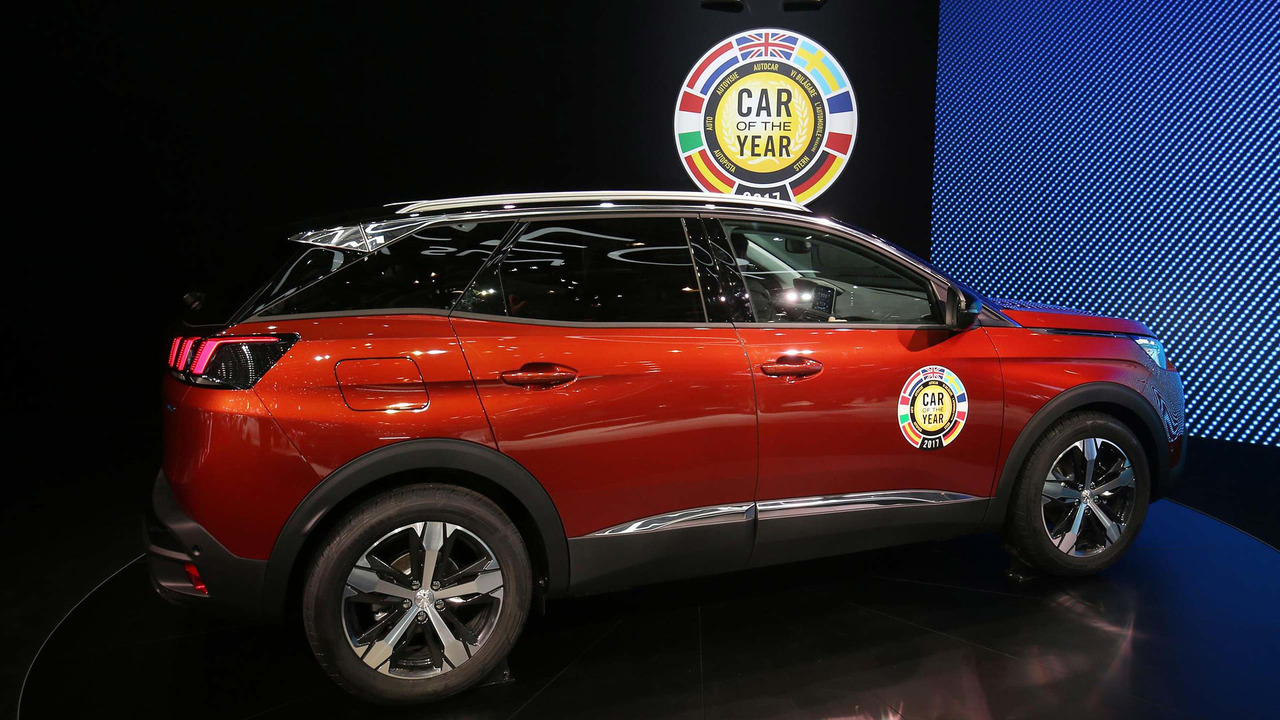 The Peugeot 3008 won it but the Alfa Giulia deserved it.

The Geneva show is over, the dust has settled, and Peugeot can bask in the pleasure of winning Car of the Year 2017. Amid the other annual car awards that have grown up over the years, the original Car of the Year contest still holds the most international prestige. It was founded in 1963, voted on its first winner for 1964 (the Rover 2000) and today has 58 judges spread right across Europe, including this writer who is one of six from the UK.

In some years there has been a clear winner, scoring many more points than the second-placed car of the seven in the shortlist. Other times the winner is less clear-cut – a car has won by a single point at least twice – and yet other times what is perceived as the 'wrong' car has won. That can happen when a 'disruptive' car captivates some judges but scares others, in which case a car more palatable to more judges might win through having gathered a large number of second-best scores. It happened in 2002, for example, when the lacklustre Peugeot 307 won and the BMW-era Mini didn't even make the top three.

Peugeot won in 2014, too, with the current 308. So, how convincing was this year's victory for the 3008, and what does it tell us about the European motor industry? COTY has sometimes been accused of national bias in its judges, but the year when the Germans favoured the Alfa 159 and the Italians favoured the Volkswagen Passat gave the lie to that. This year, though, the French clearly favoured the 3008, the Italians slightly less convincingly the Alfa Romeo Giulia.

The Peugeot's lowest scores came, curiously, from the UK, the country that gave the highest scores, along with Germany, to the Mercedes-Benz E-Class which finished third. I was the only UK judge who didn't give the Benz a lot of points – none, in fact – although some judges in other countries agreed with me. I placed the Alfa Giulia top and the Citroën C3 second; their overall result was second and fifth respectively.

Here is the voting grid, showing all the countries, the judges and their scores

So, what do the results tell us? The Peugeot's win reflects the tastes of the European buying public, who are embracing compact SUVs more keenly than ever and also favour a 'premium' approach to design and equipment. The judges clearly think that the 3008 is the car to win these buyers' hearts and to break the emperor's-new-clothes assumption that premium means German. I'm a fan of neither the current trend for over-dramatic, quick-to-date styling nor cars which claim to be compact but are actually bulky, but clearly I'm a dinosaur here.

Nor am I a fan of large saloons which contain so much technology, and take so much responsibility away from the driver, that they lose personality and end up being mere appliances for people for whom driving is a chore. That's why I gave the E-Class and the Volvo S90 zero points. The judges have to give points to a minimum of five cars out of the seven, incidentally, and I think it best not to spread points thinly if my favourite car is to have the best chance of winning.

By contrast, the Alfa Giulia is a machine which draws the driver into the driving process and makes it engaging, while still riding beautifully and offering enough toys to satisfy today's connectivity and safety demands. It's a car which will be remembered after rivals have sunk into a morass of half-remembered uniformity, and its strong COTY showing suggests that others agree: it scored a massive 99 points more than the Benz, and just 23 fewer than the Peugeot.

The surprise for me was that the Nissan Micra didn't do better. It's great to drive, it's roomy and very well equipped, and it looks dramatic if, like the Peugeot, a touch over-wrought. It's a colossal improvement over the last one, yet it came last in COTY. Maybe it's just too expensive. My British colleagues rated it ahead of the C3 overall, although I didn't because the C3 is better value, has livelier engines and its design will stay fresher longer.

Which leaves the Toyota C-HR which finished sixth, just one point behind the C3 but 30 points ahead of the Micra. Toyota's boldness in bringing the C-HR to market is to be commended; this is the cartoon character of SUVs, flawed in practical terms with its claustrophobic rear cabin but with styling so full of mad flourishes that it actually works. It has unexpectedly engaging handling, too. With more exciting powertrains than the dull-but-worthy hybrid unit and the under-muscled 1.4 it might have done better, but it certainly deserved to be in the shortlist.

Congratulations to Peugeot, then, and its on-trend 3008 with the clever cockpit and tiny steering wheel. It's a winner with the personality to ensure it's remembered in years to come. You would never have said that of the Talbot Horizon, the Renault 9, the Volkswagen Passat or either of the Vauxhall Astras. For me, a COTY is a car which should stick in the memory as somehow significant, not just in its year but ever afterwards.

And look at the ones that didn't make the shortlist: Jaguar F-Pace, Porsche 718, Seat Ateca... that's the trouble with democracy. It's just too fair.