A few new factoids on the F1-derived monster were revealed in Geneva.

More details have emerged about the forthcoming Mercedes-AMG hypercar – AKA Project One.  Among all the Mercedes activity at the 2017 Geneva Motor Show, Mercedes-AMG Chairman Tobias Moers said that, in addition to making over 1,000 horsepower, Project One would rev its slightly altered 1.6-litre Formula One engine to 11,000 rpm. 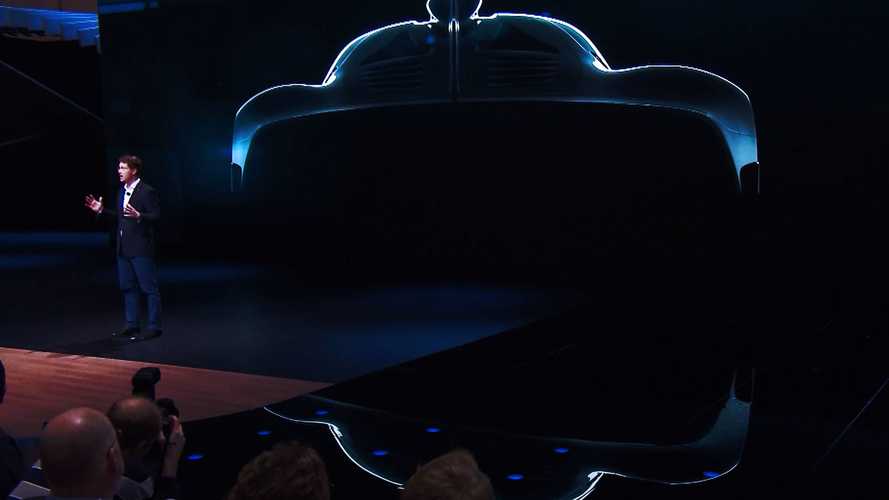 That’s awesome news, but with F1 mechanicals come F1 costs – in this case we’re referring to actual pounds as well as life expectancy, which Moers says should be somewhere around 31,000 miles before significant engine work is required. Damn.

Considering each of the planned 300 cars will sell for around £2 million, requiring an extensive engine rebuild before the warranty expires on a new Kia probably isn’t a big deal to buyers. And that’s only a factor if these cars even get close to that kind of mileage; with such a limited production run planned it’s doubtful most will top a tenth of that mileage.

Besides, it's still far longer than the F1 version of this engine will last...

The wraps won’t come off this latest hypercar until the Frankfurt Motor Show this autumn, but more teasers are sure to come. Right now, here’s what we know: in addition to its slightly tweaked F1 engine, it will adapt the hybrid setup used in the company’s W07 F1 car – the one that absolutely dominated the 2016 Formula One season with 19 wins, 20 poles, and 33 podium finishes. Electric motors up front will work with the engine to send power to all four wheels, and with a kerb weight of possibly less than 1000 kg, it will be insanely fast.

No official photos have been released, but we do have some stunning renders from Jan Peisert in the gallery below that we hope are close to the real thing. Because we need this in our lives.