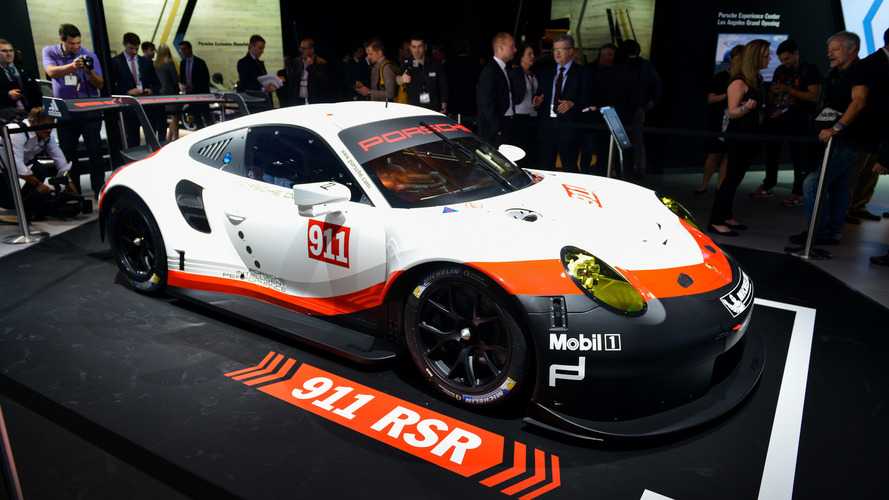 In a classic example of win on Sunday, sell on Monday, the 911 RSR race car could lead to a road-going mid-engine model.

The road-going Porsche 911 might follow its racing-spec RSR counterpart by switching to a mid-engine layout – at least if the brand’s fans get their way. According to Autocar, enthusiasts of the German sports car maker are supporting a revolutionary move for the iconic model by moving the powerplant to a spot between the axles.

Andreas Preuninger, boss of Porsche’s GT car development, offered a few more details. “There is nothing coming soon, but in the mid-term don’t rule it out,” he told Autocar, referring to a mid-engine 911. “I think that adding some excitement to the car in this way wouldn’t be bad.”

Spy shots show that Porsche already has the next-gen 911 under development, and all indications suggest that it retains a rear-engine layout. If the company decides to build one with a mid-mounted powerplant, we would imagine that it might start by gauging the market with a limited run of road-modified RSRs. There’s still probably quite a bit of time before the basic 911 Carrera comes with an engine between its axles.

Porsche moved to a mid-engine layout for the latest RSR for more balanced handling and to make room for a larger rear diffuser. With a mandated restrictor in place during racing, its 4.0-litre flat six is good for around 503 horsepower. A six-speed sequential gearbox routes power to the rear wheels. The car had a successful competition debut by scoring a second-place finish in its class at the Daytona 24 Hours.

If you’re in the market for a hardcore 911 and don’t feel like waiting to see if the mid-engine model arrives, then there’s still plenty to look forward to. Spy photos show the company developing a new GT2 with a huge front intake and equally massive rear wing. Rumours suggest its bi-turbo 3.8-litre flat six could make around 650 hp. The debut could happen before the end of the year.