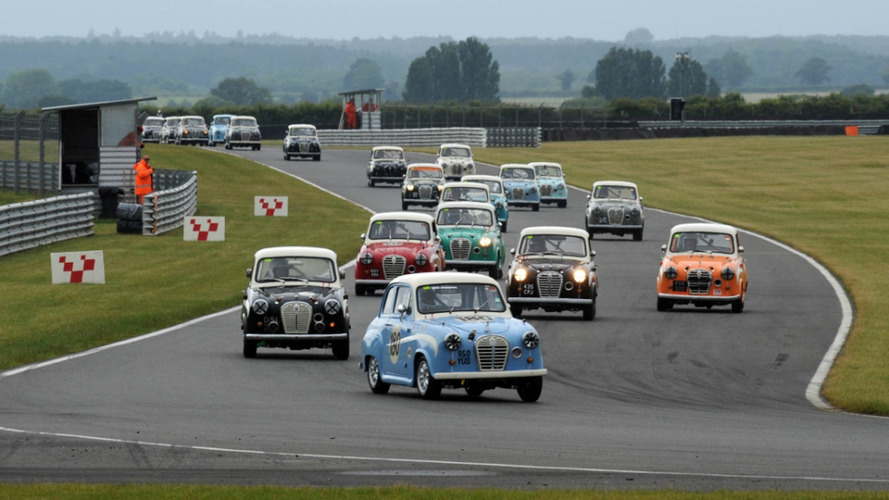 They'll be racing in Austin A35s. Which is cool.

The latest additions are two of Britain’s Olympic gold medallists – Jason Kenny CBE and Amy Williams MBE – and former England test cricket captain Mike Gatting OBE. The trio will compete over the course of the event, which takes place on 28-30 July.

With more celebrity drivers expected to be announced, the final group will be split into teams representing their professions – TV, sport and music – and each team will be mentored by a famous racing driver. These will include F1 stars Mark Blundell and Martin Donnelly as well as touring car legends Steve Soper and Robb Gravett, plus renowned sportscar drivers Alex Brundle and Darren Turner.

The race format will see the cars’ owners qualify on Friday and race on Sunday, with the celebrities and their team captains hit the track on Saturday.

Commenting on the event, event organiser Nick Wigley said: “We are thrilled that stars of this calibre are eager and enthusiastic to go racing at the Silverstone Classic. What’s more, we have some more big names – including at least three further Olympic gold medallists – to announce soon.”

Discounted ‘early bird’ tickets are on sale until the end of March with adult admission prices starting from £35 and the cost of the three-day weekend ticket priced at £99.