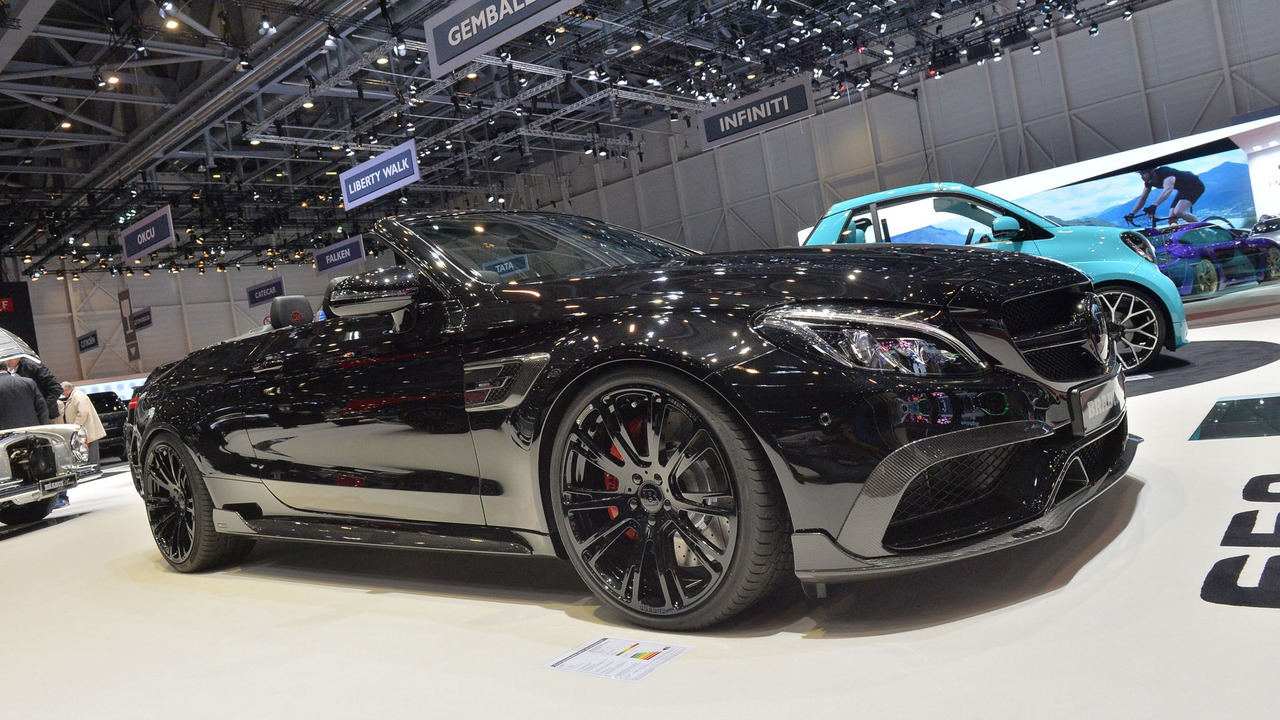 The black droptop gets upgrades on all fronts.

Leave it to Brabus to turn the already hardcore Mercedes-AMG C63 S Cabriolet into something even more powerful and with the looks to match its gained muscle. Attending the ongoing 2017 Geneva Motor Show, the tuner has brought its new “650 Cabrio,” which as the name implies has 650hp on tap. It’s an extra 140hp over the standard output delivered by the biturbo 4.0-litre V8 engine in the stock C63 S. Not only that, but the tuners have also massaged the eight-cylinder to squeeze an extra 89lb ft of torque for a mighty 516lb ft.

There’s more to the hotted-up cabrio than the upgrades made in the engine bay, as Brabus has also installed a body kit optimised in the wind tunnel to boost aero and help the car reach 200mph after hitting 62mph in only 3.7 seconds. Many of the new body parts have been made entirely out of carbon fibre to keep the weight low and some of them have been left unpainted for an extra visual impact.

At the front, there’s an add-on component for the bumper and some chunky covers for the large air vents. The profile reveals beefy side skirts and mirror caps dipped as well in carbon fibre. The back of the Mercedes is home to a prominent diffuser housing the quad tips of the sport exhaust system installed by Brabus. 20-inch alloy wheels finished in glossy black complement the body’s dark theme and are backed by red brake calipers for a bit of a contrast.

An adjustable suspension allows the driver to modify the ride height between 20 and 40mm and it can be done separately on the front and rear axle. Some interior cabin tweaks have also been implemented in the Geneva showcar, which among others boasts a new speedometer maxing out at 211mph to better reflect the car’s newly gained capabilities.

Sitting next to the C63 S Cabriolet in Switzerland are the ludicrous G500 4x4², a luxed-up V-Class aka “Brabus Business Lounge,” and a punchy Smart ForTwo Cabrio with 125hp on tap.