Koenigsegg puts its horsepower on display in Geneva 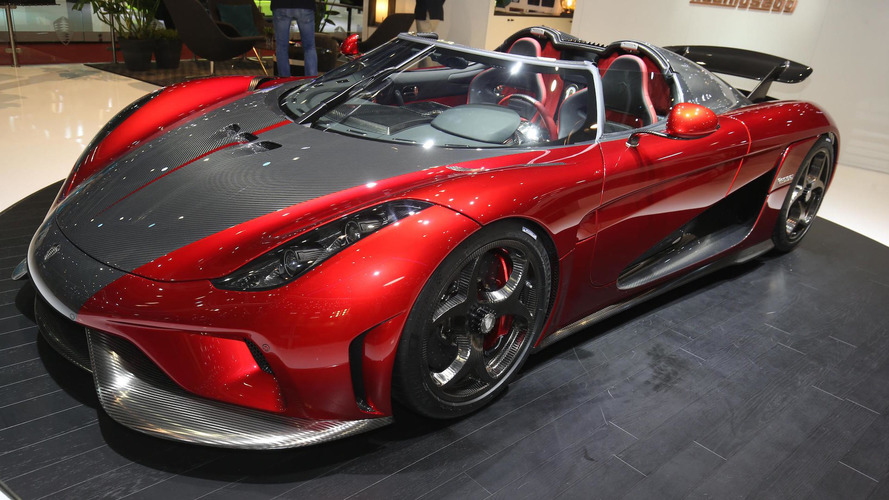 The Koenigsegg stand at this year’s Geneva Motor Show has no shortage of power. With a pair of Regeras and a custom Agera RS, it comes out to 4,360hp in total… and that’s between just three cars.

The two Regeras on display are the first customer cars to come from the factory in Angelholm, Sweden following the introduction of the prototype last year. The first car wears a simple, but still stunning green carbon fibre finish that’s a nod to the iconic colour, British Racing Green. The cabin, meanwhile, is coated in a light Saddle Brown leather with a basket weave texture that extends from the seats, to the door panels, to the dash.

The other Regera is a bit flashier. The exterior wears a bright red finish, accented by a bare carbon fibre central stripe and a matching red and grey interior. The two cars both come with optional carbon fibre wheels and produce 1,500hp each.

Along with plenty of power, the two supercars come pre-loaded with a number of other features, including things like like six-way electronically adjustable seats, Apple CarPlay, two USB charging ports, Bird’s Eye View parking assistance, and a unique Autoskin system that allows the driver to open any of the doors or hoods at the touch of a button.

But even with two of the most powerful supercars on the planet already on display, a third, even rarer model can be found on the stand right next to them. The custom Agera RS Gryphon comes with a 1,360hp V8, and 24-carat gold leaf accents throughout the body.