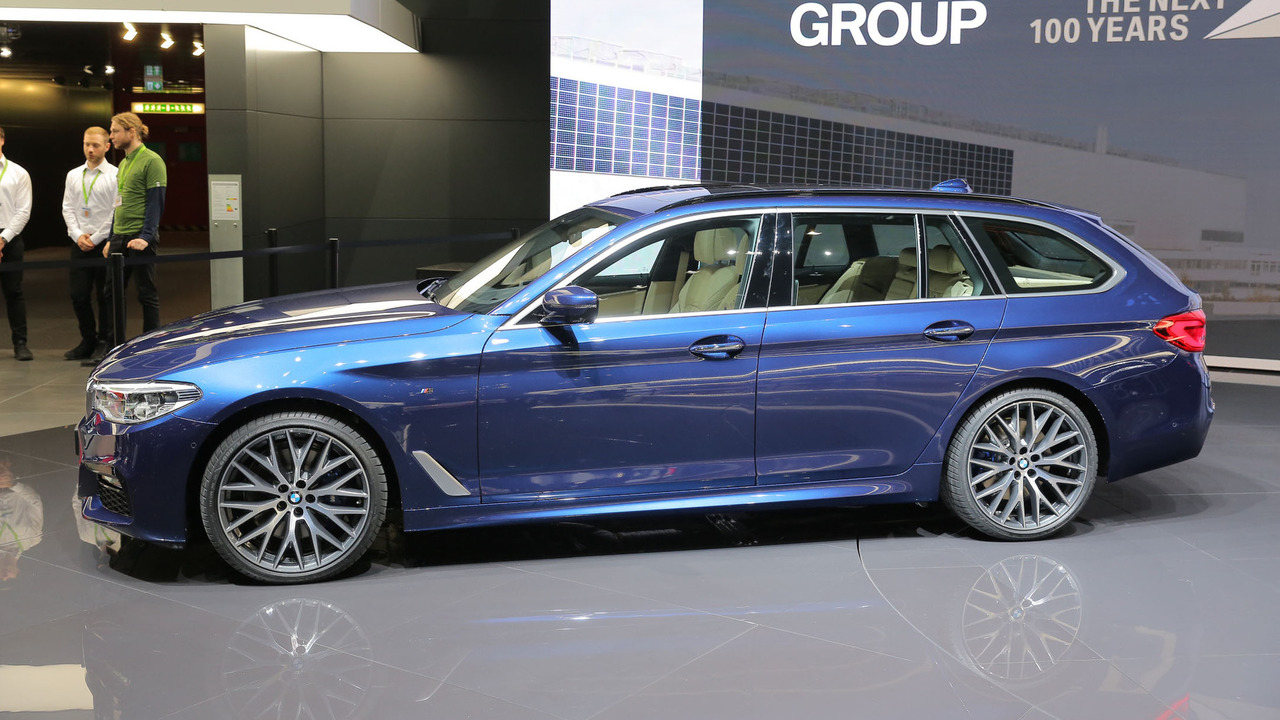 The latest generation of one of our favourite family estate cars, the BMW 5 Series Touring, has made its world debut at the 2017 Geneva Motor Show. Riding on the new CLAR platform, it is roughly 100kg lighter than its predecessor thanks to the extensive use of aluminium.

If you have to travel with all five seats in place, you’ll have 570 litres of boot space. Should you need to transport bigger things, you can fold the rear seats down and benefit from a massive 1,700-litre boot. Depending on the model, permissible load stands between 720 and 730kg.

The 5 Series Touring is taking the practicality to a whole new level with the introduction of cool features, such as 40:20:40 split folding rear seats, electric remote backrest release via a trunk-mounted button, separate rear window opening, and an automatic tailgate function providing with handsfree opening and closing.

Despite growing diesel resentment, most family buyers will probably opt for the 5 Series with a diesel engine. There are two on offer, to begin with – a 2.0-litre unit with 190hp and 295lb ft of torque and a larger 3.0-litre with 265hp and 457lb ft. Both will be available with either a six-speed manual or an eight-speed automatic transmissions.

Of course, there’s also a petrol lineup, which includes a 2.0-litre four-cylinder engine with 252hp and 258lb ft of torque in the 530i variant and a beefier turbo inline-six 3.0-litre pushing out 340hp and 332lb ft in the 540i xDrive. Unlike the diesels, the petrol motors will be offered exclusively with an eight-speed automatic transmission.

Sales of the car will start from June this year with more versions expected to join the lineup at a later date.